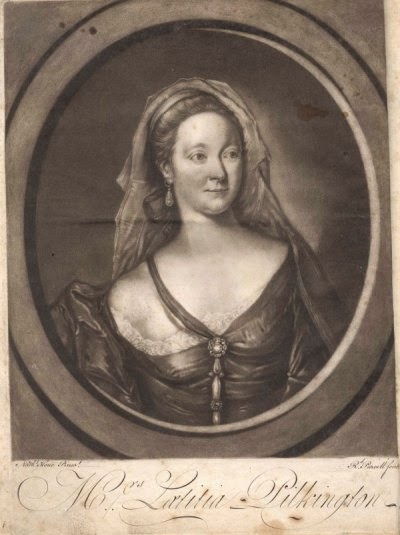 Laetitia Pilkington was a celebrated Anglo-Irish poet best known for her friendship with Jonathan Swift. Until he cut her off when she divorced her husband, Matthew Pilkington, a priest for the Anglican Church of Ireland. He didn’t want to be associated with a separated couple, although he was in a way responsible for the divorce. Not that he had meant any harm. He had just wanted to help the couple. But let’s start at the beginning.

Laetitia, whose maiden name was van Lewen, was born in around 1709 in a good Irish family. Her father was a physician and obstetrician, and eventually became the president of the College of Physicians for Ireland, while her mother was the niece of Sir John Meade. Laetitia had met and married Matthew when she was only 16, and shortly afterwards the couple was introduce to Swift. The celebrated author enjoyed the company of the Pilkingtons, whom he called “a little young poetical parson, who has a littler young poetical wife” for their literary skills.

Swift spent many nights conversing on all kinds of topics with the couple. He was inspired by them, but also inspired them. Once he recognized how talented Laetitia was at poetry, he encouraged her to pursue it. He also tried to help the couple financially and was eventually able to get Matthew a job in London, as chaplain to the Lord Mayor for 1732–1733. That’s when the problems began. Laetitia didn’t follow her husband to the English capital, preferring to stay in London.

Alone in the big city, Matthew did a lot more than preach. He had involved himself in many shady political schemes and had fallen in love with a Drury Lane Theatre actress. Laetitia discovered all this only two years later, when she visited her husband in London. So, she started spending time with the fashionable set of writers, journalists, and artists, and rakes of her time. Years later, she would write about them, their habits and their scams in her memoirs. But Matthew’s time in London was running out. In 1734, he was arrested for one of his shady political affairs and sent back to Dublin. 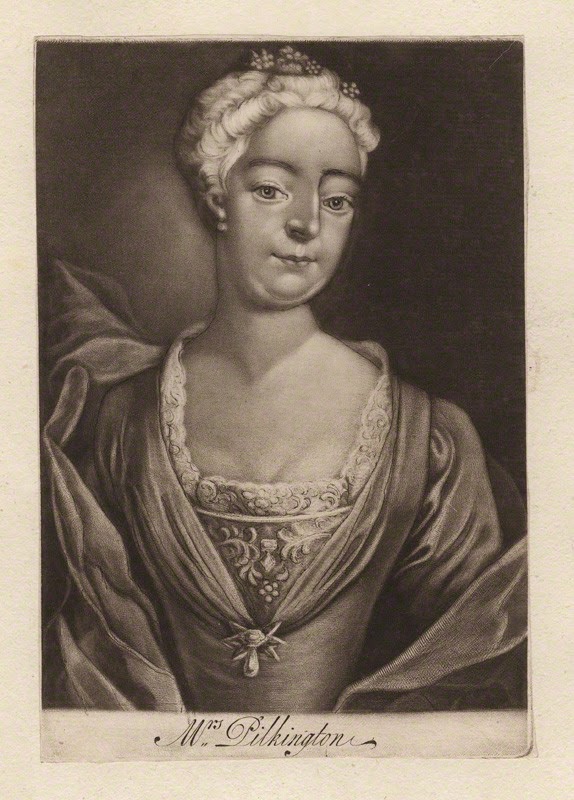 Laetitia had put up with her husband’s affair with the actress, but he didn’t return the favour. When, three years later, he found her alone in her bedroom with Robert Adair, a young surgeon who would later become surgeon general of England, he promptly filed for divorce. It was a bitter, long and costly proceeding, and it ended up costing Laetitia her friendship with Swift. The writer had once called Laetitia “her Serene Highness of Lilliput”. Now, she became the “profligate whore”.

Laetitia was left with little money after her divorce so she threw herself in her work. She wrote poems, a feminist prologue for Worsdale’s A Cure for a Scold, and even an opera that was however only performed and never published, No Death but Marriage. In 1739, she moved to London, where she lived under the name of Mrs Meade to escape her fame and suitors. Here, she met the great literary minds of her time, such as the publisher and novelist Samuel Richardson and the poet laureate Colley Cibber, who advised her on how to make money from the press, like he had.

She continued writing, penning many poems for other people they could pass off as her own, and even tried to set up a print shop and bookseller’s in St. James’s. Unfortunately, the enterprise wasn’t successful and Laetitia ended up in the Marshalsea prison for her debts. Luckily for her, Richardson came to her rescue. In 1743, she began writing her most popular work, her memoirs. But she struggled to find someone to published the book. No one in the literary London world wanted to see their flaws exposed in a book. Matthew also did all he could to stop his ex wife from publishing her memoirs too.

Finding it impossible to find a publisher for her memoirs in London, Laetitia went back to Ireland. Once there, she published the first two volumes, but died of a bleeding ulcer on 29 July 1750, leaving the third one unfinished. Her son would complete and publish it four years later.

Further reading:
Queen of the Wits: A Life of Laetitia Pilkington by Norma Clarke