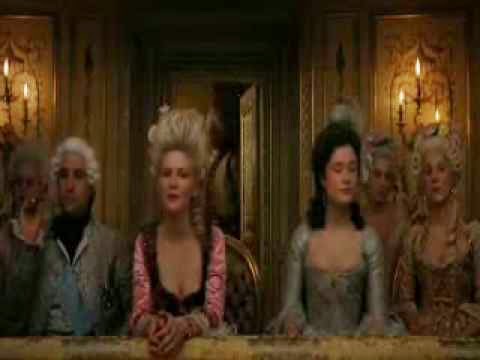 Grace Dalrymple Elliott was a Scottish socialite who resided in Paris at the time of the French Revolution, which almost cost her her head. Although she had been the mistress of the Duke of Orléans, she felt sympathy for the rest of the French Royal family, as this passage, taken from her autobiography Ma Vie Sous La Révolution, shows. In it, Grace remembers the last time the Queen appeared, with her children, at the opera:

After the 20th of June, the people who wished well to the King and Queen were desirous that her Majesty should sometimes appear in public, accompanied by the Dauphin, a most interesting, beautiful child, and her charming daughter, Madame Royale. In consequence of this she went to the Comédie Italienne with her children, Madame Elisabeth, the King’s sister, and Madame Tourzelle, governess to the royal children. This was the very last time on which her Majesty appeared in public. I was there in my own box, nearly opposite the Queen’s; and as she was so much more interesting than the play, I never took my eyes off her and her family. The opera which was given was Les Evénemens Imprévus, and Madame Dugazon played the soubrette [female servant]]. Her Majesty, from her first entering the house, seemed distressed. She was overcome even by the applause, and I saw her several times wipe the tears from her eyes.

The little Dauphin, who sat on her knee the whole night, seemed anxious to know the cause of his unfortunate mother’s tears. She seemed to soothe him, and the audience appeared well disposed, and to feel for the cruel situation of their beautiful Queen. In one of the acts a duet is sung by the soubrette and the valet, where Madame Dugazon says: Ah! Comme j’aime ma maîtresse [Ah! How I love my mistress]. As she looked particularly at the Queen at the moment she said this, some Jacobins, who had come into the playhouse, leapt upon the stage, and if the actors had not hid Madame Dugazon, they would have murdered her. They hurried the poor Queen and family out of the house, and it was all the Guards could do to get them safe into their carriages.

Further reading:
Journal of my life during the French revolution by Grace Dalrymple Elliott