A few days ago, we talked about what life was like in the hospital wards of English prisons. Today I’ve thought it’d be interesting to take a look at how French prisoners lived. Here’s how Peter Kropotkin, a Russian revolutionary and anarcho-communist that spent 5 years in a French prison, recalled his experience in his book, In French And Russian Prisons:

The central prison of Clairvaux occupies the site of what formerly was the Abbey of St. Bernard. […] During the great Revolution the abbey was confiscated by the State, and its then extensive and solid buildings became, in the earlier years of our century, a Depot de Mendicite. Later on, their destination was changed, and now the former abbey is a “Maison de Detention et de Correction,” which shelters about 1400 and occasionally 2000 inmates. It is one of the largest in France; its outer wall the mur d’enceinte a formidable masonry some twenty feet high, incloses, besides the prison proper, a wide area occupied by the buildings of the administration, barracks of the soldiers, orchards, and even corn-fields, and has an aggregate length of nearly three miles. The buildings of the prison proper, with its numerous workshops, cover a square about 400 yards wide, inclosed by another still higher wall the mur de ronde.

With its lofty chimneys, which day and night send their smoke towards a mostly cloudy sky, and the rhythmical throbbing of its machinery, which is heard late in the night, it has the aspect of a little manufacturing town. In fact, there are within its walls more manufactures than in many small towns. There are a big manufacture of iron beds and iron furniture, lighted by electricity, and employing more than 400 men; workshops for weaving velvet, cloth, and linen; for making frames to pictures, looking-glasses, and meters; for cutting glass and fabricating all kinds of ladies’ attire in pearl-shell; yards for cutting stone; flour-mills, and a variety of smaller workshops; all dress for the inmates is made by the men themselves. The whole machinery is set in motion by four powerful steam-engines and one turbine. An immense orchard and a corn-field, as also small orchards allotted to each warder and employe, are also comprised within the outer wall and cultivated by the prisoners. […] 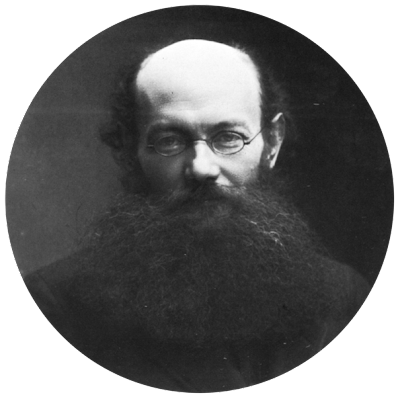 Leaving aside the political prisoners who are occasionally sent thither, there are at Clairvaux two different categories of inmates. The great number are common-law prisoners condemned to more than one year of imprisonment but not to hard labour (these last being transported to New Caledonia); and there are, besides, a few dozen of soldiers condemned by martial courts the so-called detentionnaires. These last are a sad product of our system of militarism. A soldier who has assaulted his corporal, or officer, is usually condemned to death; but if he has been provoked which is mostly the case- the penalty is commuted into a twenty years’ imprisonment, and he is sent to Clairvaux. […]

Te detention aires are not submitted to the usual regimen of the common-law prisoners. They are not constrained to compulsory labour, and they enter a workshop only if they like. They wear a better grey dress than other prisoners, and are permitted to take wine at the canteen. Those who do not go to the workshops occupy a separate quarter, and spend years and years in doing absolutely nothing. It is easy to conceive what some thirty soldiers, who have spent several years in barracks, may do when they are locked up for twenty years or so in a prison, and have no occupation of any kind, either intellectual or physical. Their quarter has so bad a reputation that the rains of brim stone which destroyed the two Biblical town are invoked upon it by the administration.

As to the common-law prisoners, they are submitted to a regimen of compulsory labour, and of absolute silence. This last, however, is so adverse to human nature that it has in fact been given up. It is simply impossible to prevent people from speaking when at work in the workshops; and, without trebling the number of warders and resorting to ferocious punishments, it is not easy to prevent prisoners from exchanging words during the hours of rest, or from chattering in dormitories. During our stay at Clairvaux we saw the system abandoned more and more, and I suppose that the watchword is now merely to prohibit loud speaking and quarrels. 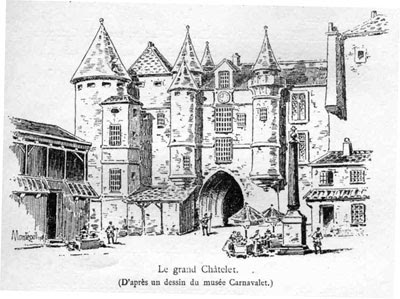 Early in the morning at five in the summer, and at six in the winter a bell rings,: The prisoners must immediately rise, roll up their beds, and descend into the yards, where they stand in racks, the men of each workshop separately under the command of a warder. On his order, they march in Indian file, at a slow pace, towards their respective workshops, the warder loudly crying out, un, deux! un, deux! and the heavy wooden shoes answering in cadence to the word of command. A few minutes later, the steam-engines sound their call, and the machines run at full speed. At nine (half-past eight in the summer) the work is stopped for an hour, and the prisoners are marched to the refectories. There they are seated on benches, all faces turned in one direction, so as to see only the backs of the men on the next bench, and they take their breakfast. At ten they return to the workshops, and the work is interrupted only at twelve, for ten minutes, and at half-past two, when all men less than thirty-five years old, and having received no instruction, are sent for an hour to the school.

At four the prisoners go to take their dinner; it lasts for half-an-hour, and a walk in the yards follows. The same Indian files are made up, and they slowly march in a circle, the warder always crying his cadenced, un, deux! They call that “faire la queue de saucissons”. At five the work begins again and lasts until eight in the winter, and until nightfall during the other seasons.

As soon as the machinery is stopped which is done at six, or even earlier in September or March the prisoners are locked up in the dormitories. There they must lie in their beds from half-past six until six the next morning, and I suppose that these hours of enforced rest must be the most painful hours of the day. Certainly, they are permitted to read in their beds until nine, but the permission is effective only for those whose beds are close to the gas-burners. At nine the lights are diminished. During the night each dormitory remains under the supervision of prevosts who are nominated from among the prisoners and who have the more red lace on their sleeves, as they are the more assiduous in spying and denouncing their comrades. 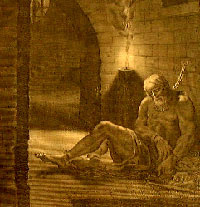 On Sundays the work is suspended. The prisoners spend the day in the yards, if the weather permits, or in the workshops, where they may read, or talk but not too louder in the school-rooms, where they write letters. A band composed of some thirty prisoners plays in the yard, and for half-an-hour goes out of the interior walls to play in the cour d’honneur a yard occupied by the lodgings of the administration while the fire-brigade takes some exercise. At six all must be in their beds.

Besides the men who are at work in the workshops, there is also a brigade exterieure, the men of which do various work outside the prison proper, but still within its outer wall such as repairs, painting, sawing wood, and so on. They also cultivate the orchards of the house and those of the warders, for salaries reaching but a few pence per day. Some of them are also sent to the forest for cutting wood, cleaning a canal, and so on. No escape is to be feared, because only such men are admitted to the exterior brigade as have but one or two months more to remain at Clairvaux.

As to us, the “politicals” we had a special regimen namely, that of prisoners submitted to preventive incarceration. We kept our own dress; we were not compelled to be shaved, and we could smoke. We occupied three spacious rooms, with a separate small room for myself, and had a little garden, some fifty yards long and ten yards wide, where we did some gardening on a narrow strip of earth along the wall, and could appreciate, from our own experience, the benefits of an “intensive culture.” One would suspect me of exaggeration if I enumerated all crops of -vegetables we made in our kitchen-garden, less than fifty square yards. No compulsory work was imposed upon us; and my comrades all work men who had left at home their families without support never could obtain any regular employment. […] Reading and the study of languages were thus the chief occupations of my comrades. 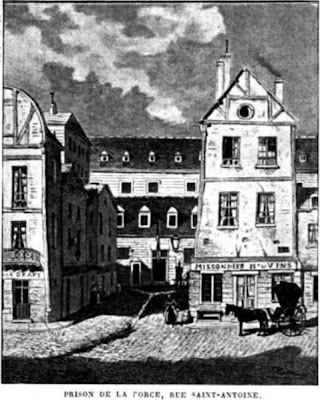 A special warder was always kept in our quarter, and as soon as some of us were in the yard, he regularly took his seat on the steps at tee door. In the night we were locked up under at least six or seven locks, and, more over, a round of warders passed each two hours, and approached each bed in order to ascertain that nobody had vanished. […] No newspapers penetrated into our rooms, excepting scientific periodicals or illustrated weekly papers. […] As to writing, the most severe control was exercised on the manuscripts I intended to send out of the prison. Nothing dealing with social questions, and still less with Russian affairs, was permitted to issue from the prison-walls. The common-law prisoners are permitted to write letters only once a month, and only to their nearest relatives. As to us, we could correspond with friends as much as we liked, but all letters sent or received were submitted to a severe censorship, which was the cause of repeated conflicts with the administration.

The food of the prisoners is, in my opinion, quite insufficient. The daily allowance consists chiefly of bread, 850 grammes per day (one pound and nine-tenths). It is grey, but very good, and if a prisoner complains of having not enough of it, one loaf, or two, per week are added to the above. The breakfast consists of a soup which is made with a few vegetables, water, and American lard this last very often rancid and bitter. At dinner the same soup is given, and a plate of two ounces of kidney beans, rice, lentils, or potatoes is added. Twice a week, the soup is made with meat, and then it is served only at breakfast, two ounces of boiled meat being given instead of it at dinner. The men are thus compelled to purchase additional food at the canteen, where they have for very honest prices, varying from three farthings to twopence, small rations of cheese, or sausage, pork-meat, and sometimes tripe, as also milk, and small rations of figs, jams or fruits in the summer. Without this supplementary food the men obviously could not maintain their strength; but many of them, and especially old people, earn so little that, after deducting the percentage-money raised by the State*, they cannot spend at the canteen even twopence per day. I really wonder how they manage to keep body and soul together.

Note:
* Here’s how the State supplied food, dress and other necessaries to the prisoners: “the State raises a certain percentage, varying from three to nine-tenths on the payment due to the prisoner for the work he has done in prison, either for the State, or for private undertakers; three-tenths of the wages are retained if the prisoner is under preventive incarceration; five tenths if he is condemned for the first time; and six, seven, eight, or nine-tenths if he has had one, two, three, four, or more previous condemnations; one tenth of the salary always remaining for the prisoner, whatever the number of condemnations”.

Further reading:
In Russian And French Prisons by Peter Kropotkin