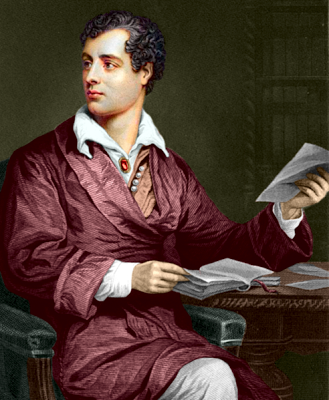 George III’s eldest son, the Prince of Wales, had been a Whig until 1811, when the Regency Act, allowing him to rule during the mental illness of his father, became law. At the time the Tories were in power but everyone, knowing his political leanings, expected him to replace the current government with a Whig one, led by William Wyndham Grenville. Much to the Whig’s disappointment, that didn’t happen, and during the years, the Prince became increasingly pro-Tory.

This grieved his daughter, Princess Charlotte of Wales, who was a fervent Whig. At one dinner the Princess, distressed at hearing her father launch a scathing attack on the Whigs and their leader, burst into tears and left the room. At the time, the Princess saw Lord Byron, who was a known Whig as well, quite a lot. In a poem, published anonymously, the poet recalled the incident thus:

Lines To A Lady Weeping

Weep, daughter of a royal line,
A Sire’s disgrace, a realm’s decay;
Ah! happy if each tear of thine
Could wash a father’s fault away!

Weep–for thy tears are Virtue’s tears­
Auspicious to these suffering isles;
And be each drop in future years
Repaid thee by thy people’s smiles!