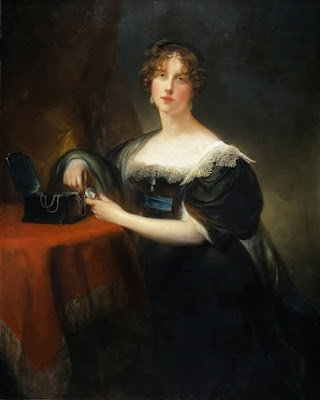 On 12 July 1783, Georgiana, Duchess of Devonshire, finally gave birth to her first child. Much to the disappointment of her husband, it was a girl. Georgiana was just glad the baby was alive. During the delivery, thinking the baby had been born dead, she had become almost hysterical. The little girl was named Georgiana Dorothy, but her family called her Little G. Despite her sex, she was very loved by both her parents. 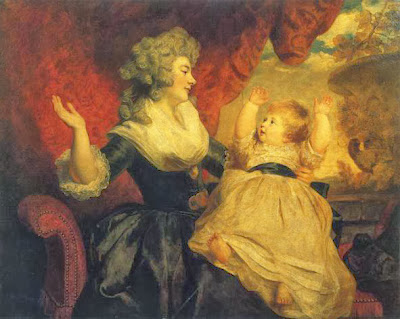 Georgiana breastfed her baby herself, something very unusual for the time. The Duchess had actually hired a wet nurse, but when she came to work drunk, she decided to fire her and personally take care of her daughter. Despite her lavish and hectic lifestyle, Georgiana was a devoted mother. Even so, Little G never inherited her charms and outgoing personality. Shy and introverted, the little girl took after her father. 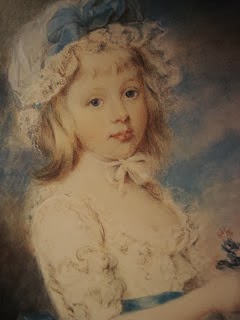 Her mother’s affair with Charles Grey made Little G insecure too. When Georgiana got pregnant with her lover’s child, the Duke gave her an ultimatum: either give up her lover and their child, or she would never seen her three children again. Georgiana chose her family, but even so she spent a couple of years in exile after the birth of her illegitimate daughter. When she was finally allowed to return home, Little G was so scared her mother would disappear again that she started following her everywhere. 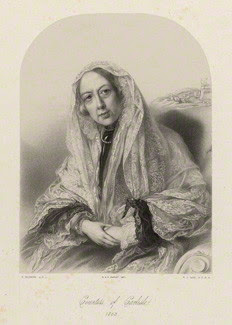 Little Georgiana was also very clever and loved books. When she made her debut in society, she was courted by both the Duke of Bedford, a Whig and a libertine, and Lord Morpeth, a 27 year old Tory. A staunch Whig herself, Georgiana had reservations about Lord Morpeth, but when Little G fell in love with him, she relented. So, Georgiana duly became Countess of Carlisle and led a quiet married life, away from the parties and social events her mother loved so much. She also gave birth to twelve children, one of which ended up marrying one of Charles Grey’s sons! Georgiana died in August 1858, aged 75.