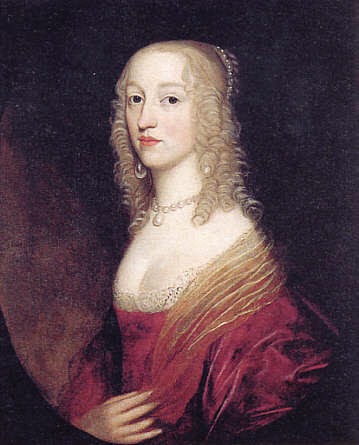 Born at the Hague in the early hours of the morning of 8 April 1622, Princess Louise was the sixth child and second daughter of Frederick V, Elector Palatine and his wife, Elizabeth Stuart. The baby, which was christened eight days later in the Klooster-Kerke, was named Louise after her paternal grandmother and Hollandine as a homage to Holland, which had welcomed the couple in their exile. The country also gifted the newborn princess with a life pension of two hundred pounds a year.

Despite the shortage of money, Louise knew how to have fun. She, like her siblings, loved sports, hunting, masquerades, balls, and just generally having a good time. But Louise was also clever and, although not a classical beauty, very charming. According to Carole Oman, “her nose, had it not belonged to a princess, must have been termed impertinent, but she managed to make people think her a beauty, for her auburn hair and eager expression were highly attractive. In colouring she resembled her little brother Philip, but in gait and carriage she was very like Rupert.” Rupert was her elder brother and the member of her family Louise was the closest to. The princess had many admirers, including her cousin Frederick William of Brandenburg. He would very much have loved to marry Louise, but while her mother was all for the match, his wasn’t thrilled at the prospect of a penniless daughter-in-law who had been born and grown up in exile. Frederick ended up marrying the much richer Louise Henriette of Orange, and Louise, together with all the members of her family, was forced to attend the ceremony. She consoled herself with her art, receiving lessons by the painter Gerard van Honthorst, who helped her talent bloom. She painted mostly portraits, which were kept within her family.

Louise may have been lively, but she was also chaste. But that didn’t stop Jacques de l’Epinay, a French exile paying court to both Louise and her mother, to boast about his success with both of them. Her brother Philip was outraged with fury and, when on 20 June 1646, met L’Epiney, a fight broke out. The watchman broke it off, but the next night, the two men met again, this time, with tragic consequences. Philip stubbed L’Epiney to death and then left the country. His family, and in particular his mother, were devastated. 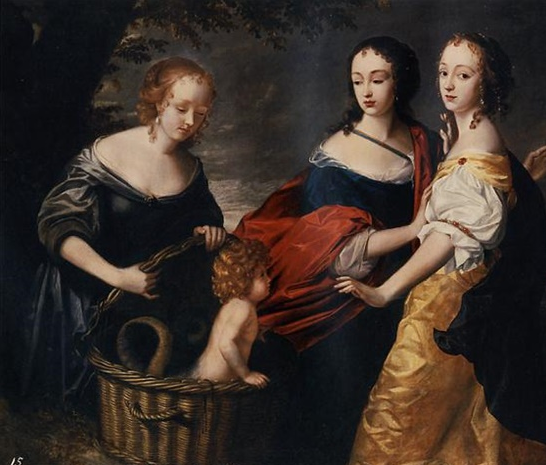 Louise received another proposal of marriage, this time by James Graham, the Earl of Montrose. He had met Louise when, after the execution of Charles I, he had come to Holland to offer his loyalty to the new king, Charles II, who was living there in exile at the time. Montrose left a month later as Lieutenant-General of Scotland, hoping to be able to marry his princess after defeating the new regime. Unfortunately, he was instead executed in Edinburgh on 21 May 1650.

Then, on 19 December 1657, Louise disappeared. In vain did her family search for her. Eventually, a note was found. In it the princess, who had left alone and on foot, said that when she “arrived at a destination which was not yet at liberty to disclose, she hoped to inform her Majesty of her reasons for taking the veil in a Catholic nunnery”. Elizabeth had gone to Paris, where she planned to stay with her aunt, the devout Catholic ex Queen Henrietta Maria of England. Henrietta Marie welcomed her niece with open arms, and wrote to the princess’ mother to assure Louise would be well taken care of. Needless to say, the Protestant Elizabeth didn’t take the news of her daughter’s flight and conversion well. It didn’t help that in Holland, rumours, unfounded, started to circulate claiming Louise had taken refuge in a convent because she was pregnant. 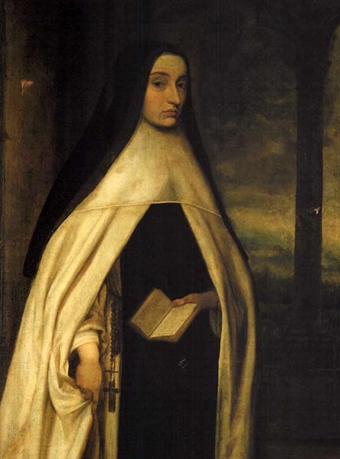 Louise, however, was very happy in her new life in France. After living with her aunt for a while, she moved to a convent in Chaillot, where she became a novice, and later to the convent of Maubuisson, where, on 19 September 1660, she became a Cistercian nun. Four years later, she became its Abbess. Louise lived out her life there, never giving up painting. She died on 8 February 1709, estranged from her mother.