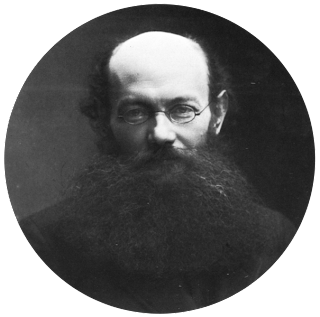 In his book, “In Russian And French Prisons” Russian revolutionary and anarcho-communist Peter Kropotkin, relates the ordeal one of his friends Madame C, nee Koutouzoff, went through when the Russian authorities condemned her to be sent over the frontier. Her crime? She had opened an independent school for peasants’ children. Her journey to the frontier was a nightmare but at least she was “lucky” because, knowing influential people in the capital, she was allowed to cross the border pretty soon. Most of her fellow prisoners would have to wait months in dishuman conditions before being freed:

She was found guilty of opening a school for peasants’ children, independently of the Ministry of Public Instruction. As her crime was not penal, and as, moreover, she was married to a foreigner. General Gourko merely ordered her to be sent over the frontier. This is how she describes her journey from St. Petersburg to Prussia. I shall give extracts from her narrative without comment, merely premising that its accuracy, even to the minutest detail, is absolutely unimpeachable:

“I was sent to Wilno with fifty prisoners men and women. From the railway station we
were taken to the town prison and kept there for two hours, late at night, in an open yard, under a drenching rain. At last we were pushed into a dark corridor and counted. Two soldiers laid hold on me and insulted me shamefully. I was not the only one thus outraged, for in the darkness I heard the cries of many desperate women besides. After many oaths and much foul language, the fire was lighted, and I found myself in a spacious room in which it was impossible to take a step in any direction without treading on the women who were sleeping on the floor. Two women who occupied a bed took pity on me, and invited me to share it with them. . . .

When I awoke next morning, I was still suffering from the scenes of yesterday; but the female prisoners assassins and thieves were so kind to me that by-and-by I grew calm. Next night we were ‘turned out’ from the prison and paraded in the yard for a start, under a heavy rain. I do not know how I happened to escape the fists of the gaolers, as the prisoners did not understand the evolutions and performed them under a storm of blows and curses; those who protested saying that they ought not to be beaten were put in irons and sent so to the train, in the teeth of the law which says that in the cellular waggons no prisoner shall be chained.

Arrived at Kovno, we spent the whole day in going from one police-station to the other. In the evening we were taken to the prison for women, where the lady-superintendent was railing against the head-gaoler, and swearing that she would give him bloody teeth. The prisoners told me that she often kept her promises of this sort. . . . Here I spent a week among murderesses, thieves, and women arrested by mistake. Misfortune unites the unfortunate, and everybody tried to make life more tolerable for the rest; all were very kind to me and did the best to console me. On the previous day I had eaten nothing, for the day the prisoners are brought to the prison they receive no food; so I fainted from hunger, and the prisoners gave me of their bread and were as kind as they could be; the female inspector, however, was on duty: she was shouting out such shameless oaths as few drunken men would use. . . .

After a week’s stay in Kovno, I was sent on foot to the next town. After three days’ march we came to Mariampol; my feet were wounded, and my stockings full of blood. The soldiers advised me to ask for a car, but I preferred physical suffering to the continuous cursing and foul language of the chiefs. All the same, they took me before their commander, and he remarked that I had walked three days and so could walk a fourth. We came next day to Wolkowysk, from whence we were to be sent on to Prussia. I and five others were put provisionally in the depot. The women’s department was in ruins, so we were taken to the men’s. …

I did not know what to do, as there was no place to sit down, except on the dreadfully filthy floor : there was even no straw, and the stench on the floor set me vomiting instantly. . . . The water-closet was a large pond; it had to be crossed on a broken ladder which gave way under one of us and plunged him in the filth below. I could now understand the smell: the pond goes under the building, the floor of which is impregnated with sewage. Here I spent two days and two nights, passing the whole time at the window. … In the night the doors were opened, and, with dreadful cries, drunken prostitutes were thrown into our room. They also brought us a maniac; he was quite naked. The miserable prisoners were happy on such occurrences; they tormented the maniac and reduced him to despair, until at last he fell on the floor in a fit and lay there foaming at the mouth.

On the third day, a soldier of the depot, a Jew, took me into his room, a tiny cell, where I stayed with his wife.. . . The prisoners told me that many of them were detained by mistake for seven and eight months awaiting their papers before being sent across the frontier. It is easy to imagine their condition after a seven months’ stay in this sewer without a change of linen. They advised me to give the gaoler money, as he would then send me on to Prussia immediately. But I had been six weeks on the way already, and my letters had not reached my people. … At last, the soldier allowed me to go to the post-office with his wife, and I sent a registered letter to St. Petersburg.”

Madame C has influential kinsfolk in the capital, and in a few days the governor-general telegraphed for her to be sent on instantly to Prussia. “My papers (she says) were discovered immediately, and I was sent to Eydtkunen and set at liberty.”

Further reading:
In Russian And French Prisons by Peter Kropotkin