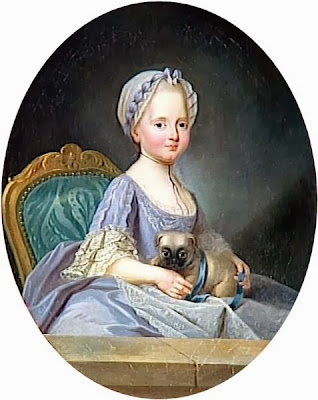 Élisabeth Philippine Marie Hélène de France, the younger sister of future King Louis XVI, was born on 3rd May 1764. Her parents, the Dauphin Louis of France and his second wife Marie-Josèphe of Saxony, were devoted to each other and often showed their affection in public, something that was frowned upon at the time. Elisabeth was their last child and was so frail at her birth that she was hastily baptized for fear she wouldn’t have long to live. But thanks to the loving care and attention of Marie-Thérèse Hecquet, her wet-nurse, the baby survived.

It was her father, the Dauphin Louis, who would die, only 18 months later. He had succumbed to consumption, which also claimed the life of his inconsolable widow only fifteenth months later. Their five children were now orphans. The youngest, Elisabeth, was a lively but stubborn young girl who preferred to play, with her dogs and siblings, in the garden of Versailles than attend her lessons. Her stubbornness only increased as she grew older and so her governess, Madame de Marsan, not knowing what to do with the disobedient princess anymore, took her and her suster Clotilde to the convent and school at Saint-Cyr. 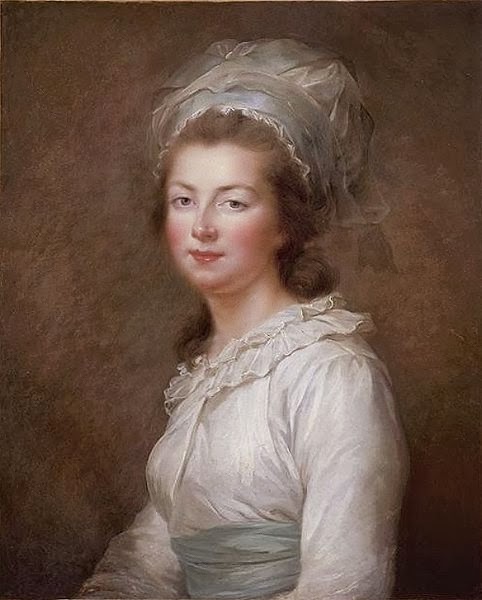 Elizabeth enjoyed her time at the convent. She asked to see the kitchen, saying she had never seen one before, and played hide and seek in the garden. But it was the good influence of her friend Angelique, daughter of the Baronne de Mackau, who shared her lessons, that curbed the princess’ stubborn streak somewhat. She was also struck, as a young child, by how happy her favourite aunt, Louise, had become after being allowed to become a nun. When she visited her aunt, now called Soeur Thérèse de Saint-Augustin, at her convent, she declared that, when she grew up, she would take the veil too.

The Princess was only 6 when the young archduchess Marie Antoinette arrived at Versailles to marry her eldest brother, the Dauphin Louis. Despite the age difference, Elisabeth and Marie Antoinette quickly became good friends. Both girls had a lively personality and felt out of place at Versailles, preferring a simple quiet life away from court. Just like Marie Antoinette would later escape the rigid court etiquette at the Petit Trianon, Madame Elizabeth would seek refuge at Montreuil, an estate in the country were the young princess spent many happy hours during her childhood. 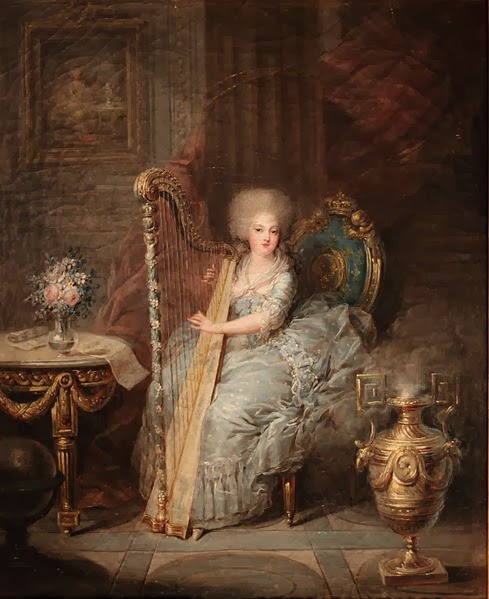 As a child, though, Elisabeth would have a great time with her siblings and their friends. They’d form a tight knit group who loved to play games and have picnics in the palace gardens and generally had a great time together. She had even started enjoying her studies, although, to keep her interested in the subject, her teachers needed to turn their lessons into amusing activities. Shortly after her 10th birthday, though, the court was shocked by the death of king Louis XV and the accession of the young, and unprepared, Louis XVI and Marie Antoinette to the throne.

A few weeks after the King’s coronation, Madame Clotilde left France to marry the Prince of Piedmont. Elisabeth was devastated. She was very close to her sister and she knew she would probably never see her again. Marie Antoinette, who had said goodbye to two of her sisters before leaving her home to get married as well, tried to console her. But it was in her faith that now, as in the future, that Elisabeth relied for consolation and strength. Clotilde was also Madame de Marsan’s favourite charge and, after her departure, she resigned. Her place was taken by the Princess de Guémenée, an intriguing and frivolous woman who squandered her fortune away. 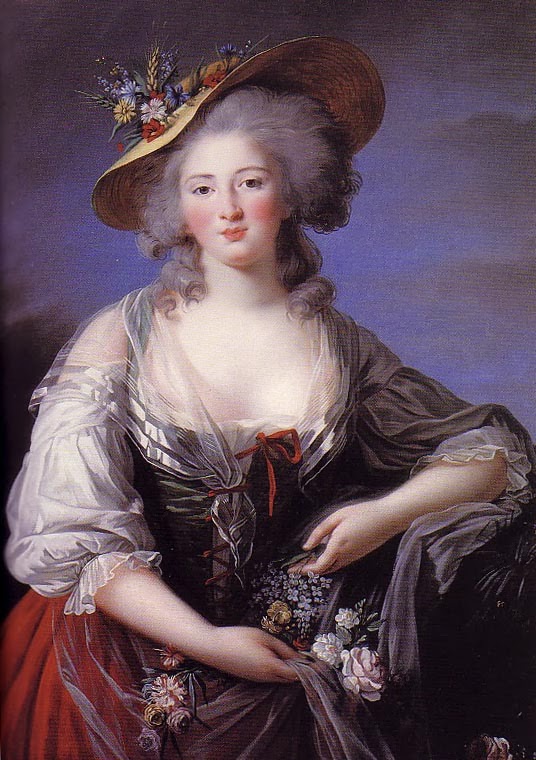 The new governess believed her young charge to be too serious and encouraged her to attend parties and balls, but Elisabeth wasn’t too keen on them, nor on the Princess de Guemenee. Instead, Elisabeth preferred to spend time with her close family and friends, and particularly enjoyed gardening, painting, reading, and even mathematics! Yet, Madame Elizabeth came to regret even Princess de Guemenee when she was replaced with the rapacious and malicious Diane de Polignac, the sister-in-law of Gabrielle, Marie Antoinette’s favourite. Elizabeth and her new governess never went along well.

In 1781, the Prince de Guemenee was declared bankrupt. Louis XVI, on request of his wife who wanted to help her friend the Princess as well as please Madame Elizabeth, purchased their country estate, Montreuil as a gift for his younger sister. Although she was forbidden from sleeping there until she turned 25, the princess was delighted with her gift and spent many happy days in her new house. She redecorated it, redesigned the gardens, and did embroidery and charity works. A very thrifty young girl, Elizabeth preferred to spend her money to help the poor rather than to purchase expensive luxuries she didn’t need.

But Elizabeth’s idyllic existence was about to come to an end. The people were restless, discontented and starving. Soon, the Revolution would break out.