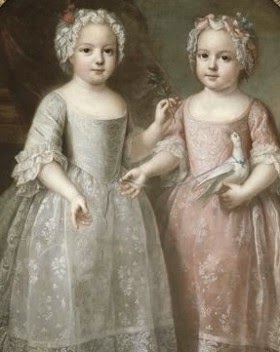 On 14 August 1727, Queen Marie Leszczyńska, wife of King Louis XV of France, gave birth to two twin princesses, Elisabeth and Anne-Henriette. The eldest daughters of the royal couple had very different personalities. While Elisabeth, the oldest, was cheerful and outgoing, the younger (or Madame Seconde, as she was called at court), Henriette, was shy and reserved. Nevertheless, the two princesses were obviously close and it was therefore a shock for them when their father announced they were to be parted forever. Elisabeth had to leave Versailles for Spain to marry the Infante Philip. She was the only daughter of Louis XV to tie the knot. All her sisters either remained spinsters or died young. 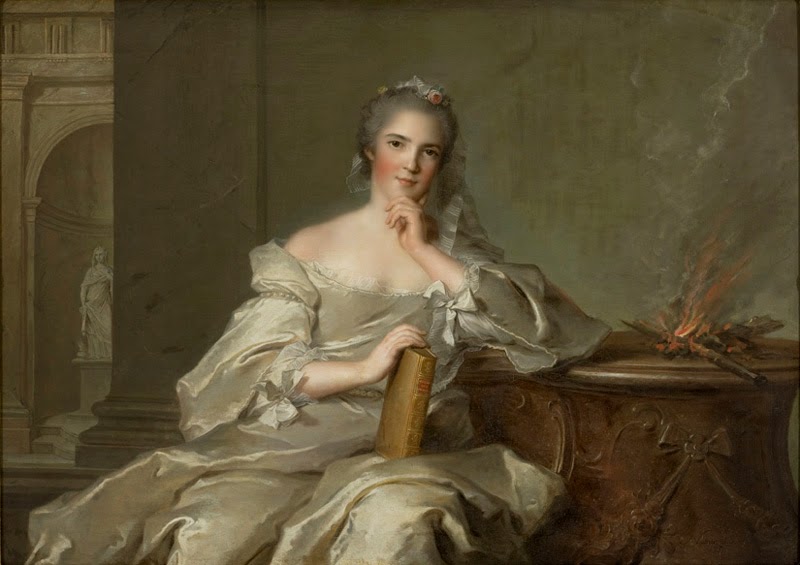 Already separated from her twin, Henriette was then also separated from her lover. The young princess had fallen in love with her cousin Luis-Philippe, Duc de Chartres, who belonged to the Orleans branch of the family. He reciprocated her feelings and asked the King for her hand, but was refused. Although Louis loved his daughter, he couldn’t allow the match to happen. He had to part from his beloved Elisabeth so that Spain would forgive his previous dismissal of his ex-betrothed, the Infanta Marie-Anne-Victoire. The Orleans too had a claim to the Spanish throne and, although many considered it inferior to that of the reigning family (the latter were descended by Louis XIV, the former by his younger brother), Louis XV thought it wise not to reinforce it with a marriage. Had his son died without a male heir (due to Salic law women couldn’t inherit the crown), the Orleans family may then have been strong enough to challenge the French succession rights of the Spanish King. 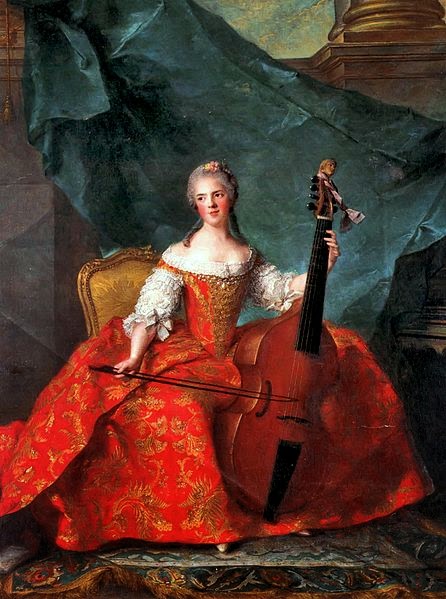 Therefore, Madame Henriette had to resign herself to remain a spinster. Instead, she dedicated herself to music. Her favourite instrument was the viola da gamba, which was taught her by Jean-Baptiste-Antoine Forqueray, one of the most gifted musicians of her time. She was, however, briefly reunited with her eldest sister Elisabeth, when, in 1784, she paid a short visit to Versailles. Unfortunately, the two sisters, once so close, soon became estranged. Elisabeth enjoyed the company of Madame De Pompadour, the King’s mistress, who was, however, hated by all her royal siblings for stealing their father from their mother. Eventually, though, the two princesses made up. 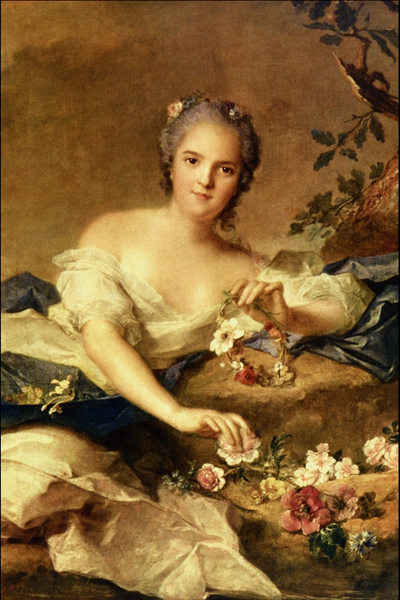 In February 1752, the young princess caught smallpox and died. She was only 24. She would be remembered fondly at Versailles for decades after her death. Many people were convinced that, had she lived, she would have exercised a positive influence over the King, entertaining him, and preventing him from becoming entangled with his last official mistress, the infamous Madame Du Barry. Henriette was buried at the Basilica of Saint Denis. Sadly, her tomb, like all the other royal tombs, was desecrated during the French Revolution.