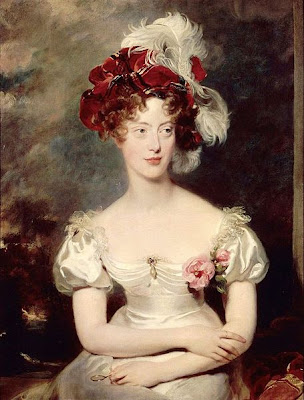 In her memoir, famous painter Madame Vigée Le Brun shares her recollections of the Duke of Berry, younger son of King Charles X of France, and his wife, Caroline of Naples and Sicily:

As for the Duke de Berri, if he had not quite the same courtesy as his father, he was as clever, especially in that timely quickness of wit so useful to princes. I select one example out of a thousand. The first time he reviewed some troops he heard a few cries from the ranks of “Long live the Emperor!” “Quite right, my friends,” was his immediate remark; “every one must live.” Upon which the same soldiers exclaimed, “Long live the Duke de Berri!”

His goodness of heart went so far that not only did he interest himself in everything that concerned his friends, but behaved toward the domestics of his household as the father of a family might have done. He was worshipped by his servants, and employed his influence to encourage them in good conduct and in making whatever savings they could. One day, as he was about to enter his carriage, a little kitchen scullion came running up to him with, “Your Highness, I have saved fifteen francs this year!” “Well, my boy, that makes thirty,” said the Duke, giving him the sum the boy had mentioned. The Duke de Berri kept his revenues in good order; his heaviest expenses were occasioned by his taste for the arts, a predilection shared by his amiable wife. The Duchess de Berri was fond of encouraging young artists; she would buy their pictures and often order more. Her liberality in paying never made her forget the duty of politeness incumbent upon rank. She showed model civility in all her dealings with men of talent. 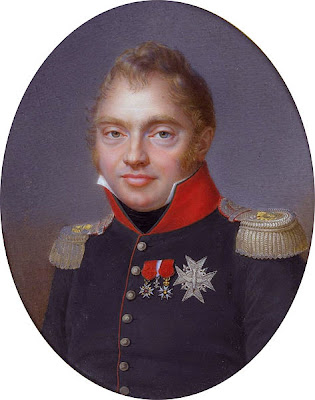 In 1819 His Highness the Duke de Berri signified his wish to buy my “Sibyl,” which he had seen in my studio at London, and although I perhaps prized this most of all my works, I speedily complied with his request. Some years later I painted Her Highness the Duchess de Berri, who gave me sittings at the Tuileries with the politest punctuality, and besides showed me a friendliness than which none could have been greater. I shall never forget how, while I was painting her one day, she said, “Wait a moment.” Then, getting up, she went to her library for a book containing an article in my praise, which she was obliging enough to read aloud from beginning to end. During one of these sittings the Duke de Bordeaux brought his mother a copybook in which his master had written “Very good.” The Duchess gave the boy two louis. The little Prince, who might have been about six, began to jump for joy, shouting, “This will do for my poor – and for my old woman first of all!” When he was gone the Duchess told me that her son referred to a poor soul he often met when he went out and of whom he was particularly fond.

While the Duchess sat for me I would become irritated at the number of people who came to make calls. She took note of this and was so considerate as to say, “Why did you not ask me to pose at your house?” Which she did for the two final sittings. I confess that I never could think of such affecting warmth of heart without comparing the time I devoted to this genial Princess with the melancholy hours Mme. Murat had made me spend. I painted two portraits of the Duchess de Berri. In the first she is wearing a red velvet dress, and in the other one of blue velvet. I have no idea what has become of these pictures.