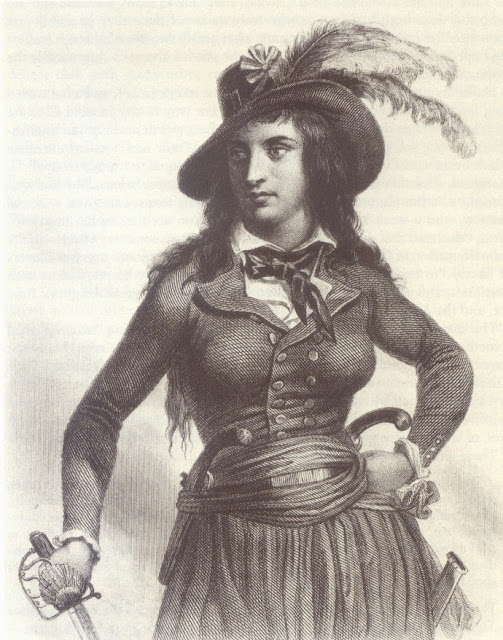 One of the most fascinating and sad figures of the French Revolution, Théroigne de Méricourt was born Anne-Josèphe Terwagne in 1762 near Liège. Her mother died when she was five, so Anne-Josèphe was sent to live with an aunt, who didn’t really want her. First, she sent the little girl to a convent, but later, perhaps to save money, she changed her mind and brought her back to live with her. But rather than giving her a loving home, Anne-Josèphe was treated like a maid.

When her father remarried, he welcome her back home. His new wife didn’t. Too busy taking care of her own children, she didn’t care much for Anne-Josèphe. So, desperate for affection and a real home, she went to live with her maternal grandparents. But things didn’t work out there either. As a last resort, she returned to her aunt. Needless to say, the arrangement was a disaster. Anne-Josèphe then decided to face the world on her own, and took any job she could to support herself.

Eventually, she was hired by a certain Madame Colbert as her companion. Madame Colbert taught her to read, write, play the piano, and sing. Anne-Josèphe now dreamed of becoming a singer. She certainly had the talent for it. But, her dreams were dashed by a man, the first of many who would use her and leave her. He was an English army officer who seduced her and brought her to Paris with promises of marriage he had no intention to ever keep. 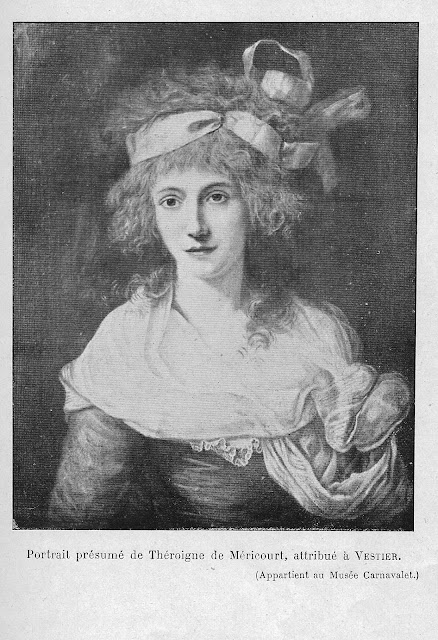 During this time, she was also kept by the old and unpleasant marquis de Persan, who showered her with expensive gifts and money (although she insisted she had evaded his advances). Her reputation in tatters and any hope of a respectable life gone, Anne-Josèphe become a courtesan and called herself Mlle Campinado. Her affair with the Englishman continued and resulted in a child who died, probably to the relief of his father who had refused to acknowledged her, of smallpox.

After a brief affair with an Italian tenor, she fell for the castrato Tenducci and, in 1788, followed him to Genoa, hoping to start a musical career there, but she only gave a few concerts. After a year, she returned to Paris, alone, disappointed, and hurt. All her dreams, both professional and romantic, were shattered. Her hopes vanished. Or so she thought until she set foot in the city. Paris was on the verge of revolution. It was an exciting time that seemed to promise her a better, more just, world, and the opportunity to take control of her destiny and rescue her from the life of unhappiness and abuse she had so far known.

That summer, Anne-Josèphe transformed herself. She ditched her gowns in favour of a white riding habit called amazone, and a round-brimmed hat, an eccentric outfit that made her stand out from the crowd. She wanted to “play the role of a man’, she later explained, because I had always been extremely humiliated by the servitude and prejudices, under which the pride of men holds my oppressed sex’”. She also gave up her job as a courtesan, and pawned her jewels to support herself.

After the storming of the Bastille, she became involved in revolutionary activities. She attended the meetings of the National Assembly every day. She was the first to arrive and the last to leave, and met many influential figures of the Revolution, such as Pétion, the Abbé Sieyès, and Desmoulins. Anne-Josèphe played a big role too. She sometimes spoke at the Cordeliers Club, founded her own club, and ran her own saloon. Soon, she was a celebrity. It’s at this time that she became to be known as Théroigne de Méricourt. 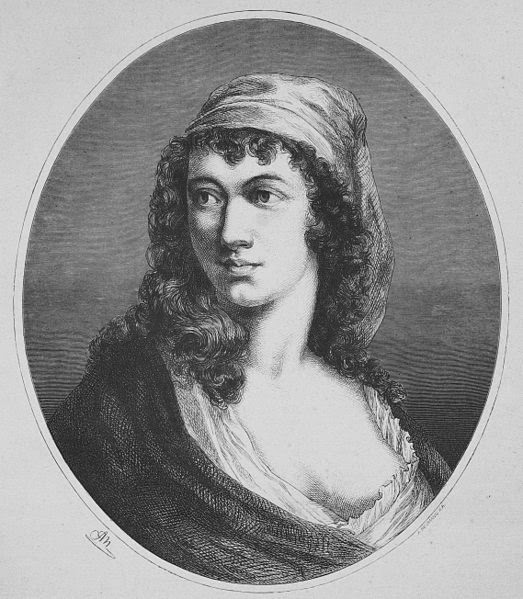 Although Théroigne believed in the ideals of the Revolution, it soon became clear that most of its supporters were only interested in the rights of men, not of women. The press, scared of emancipated women, started portraying her as a whore, heaping all sorts of insults, accusations, and obscenities at her. In disgust, in the summer of 1790, Théroigne left Paris and returned to Liège.

If she hoped for some peace and quiet, she was bitterly disappointed. Liège was then under the control of the Austrian Empire, not a safe place for such a prominent and famous figure of the Revolution. She was kidnapped by mercenaries and taken to Austria. The journey lasted 10 days and was harrowing. The three French emigrés insulted, harassed, and even tried, luckily unsuccessfully, to rape her.

Once in Austria, Théroigne was interrogated, over the course of a month, by François de Blanc. Hoping to discover important information about the French Revolutionaries, de Blanc, who believed all the nasty rumours about her prisoner, spent many hours talking to her and examining the papers that were found on her when she was caught. But he soon realised she knew nothing important. More surprisingly, he began to like her. Worried about her health – Théroigne suffered from depression and splitting headaches, coughed up blood and had trouble sleeping – he helped secure her release. 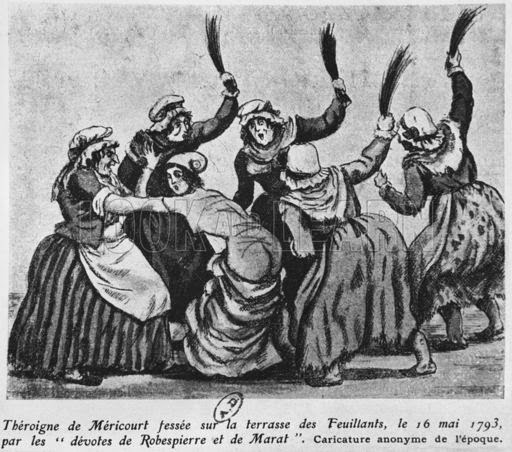 At the beginning of 1792, Théroigne was back in Paris. She now supported Brissot, a Girondin, against Robespierre, and gave many an inflammatory speeches in the Jacobin Club in which she called for the liberation of women from oppression. But this time, she didn’t just fight with words. She recruited an army of female warriors, and took part in the storming of the Tuileries on 10th August. It is said that she wounded a royalist journalist who had insulted her in the press. He was then killed by the mob.

But she didn’t support the September Massacres, believing all this unnecessary violence was hurting the cause of the Revolution. She wanted it to stop. It didn’t. Things got worse for Théroigne. In May 1793, a bunch of Jacobin women who hated the supporters of Brissot and the Girondin, attacked Théroigne in the gardens of the Tuileries. They stripped her naked and flogged her publicly. Only the intervention of Marat saved her.

Théroigne’s mental health had always been fragile. Now, she descended into madness. In the spring of 1794, she was arrested. She became obsessed with Saint-Just, thinking of him as her saviour, but he did nothing to help her. She was eventually released from prison after the fall of Robespierre, but never recovered her sanity.

That year, she was officially declared insane. She spent the rest of her life in various asylums, and was ultimately sent to La Salpêtrière Hospital, where she lived for twenty years. All she spoke about was the Revolution. She still clang to her revolutionary ideals, even though everyone else had abandoned them. Théroigne died, following a short illness, on 9 June 1817.