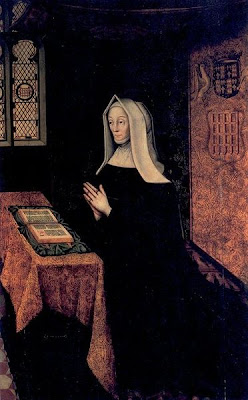 Just before Catherine of Aragon married Arthur, the heir to the English throne, his grandmother Margaret Beaufort, Countess of Richmond, who was Queen Mother in all but name, sent her a series of instructions about life at the English court. Antonia Fraser remembers a couple of them in her book, The Six Wives Of Henry VIII:

Catherine should attempt to learn French by speaking it with her French-educated sister-in-law, the Archduchess Margaret, in order to be able to converse in that language when she came to England.

The next request was for Catherine to accustom herself to drink wine. ‘The water of England’, wrote Elizabeth of York sadly, ‘is not drinkable, and even if it were, the climate would not allow the drinking of it’.