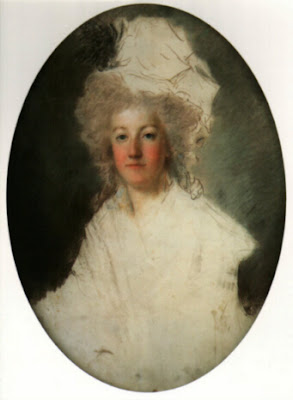 The financial situation in France in the late 1780s was disastrous. The debts accumulated to fight wars had brought the country on the verge of bankruptcy. To make things worse, very harsh winters in 1787 and 1788 resulted in crop failure, draughts and famine. The people were starving. To attempt to pass the financial reforms the country so badly needed, the Assembly of Notables was convened in 1787, but failed in its aim. It was at this time that Marie Antoinette started to become more involved in politics, as Louis XVI wasn’t acting with as much decision and energy as he had shown in the past.

In a last attempt to solve the financial problems, the Estates General were summoned in 1789 (and sadly coincided with the death of the Dauphin). But when the representatives of the Third State (the common people) learned they only had one vote and could thus be easily outvoted by the First State (the clergy) and the Second State (the nobility), they got angry. Locked out of the meeting house, the representatives of the Third Estate convened in a tennis court and formed the Assemble National. Here, they took the “Tennis Court Oath” promising not to separate until the constitution of the country was established.

On 11th July, Necker, the financial minister, was fired. He was very popular among the people and they retaliated by storming the Bastille, which fell on 14th July. Many nobles and members of the royal family fled abroad but Louis refused to go away as well and Marie Antoinette decided to stay with him. In August the monarchy became constitutional and the Declaration of the Rights of Men was issued. But the people were still starving and an angry mob of women marched on Versailles to ask for bread. A group of them entered into the queen’s bedchamber with the intention of murdering her, but she managed to escape just in time and find refuge in the king’s apartments. 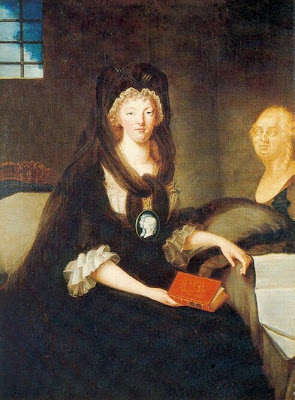 Now the crowd outside the Palace demanded the queen to come out and show herself. She took her kids and walked to the balcony but the people wanted to see her alone. The children returned inside and Marie Antoinette, now alone, bowed to the crowd. This seemed to placate them for the moment. However, the crowd demanded, and obtained, that the Royal family returned with them to Paris where they were housed at the Tuileries Palace. At first, life there was fairly normal. The royal family went to Mass and Marie Antoinette worked at tapestry with her ladies, played billiard with the king and spent time with her children. The kids were able to play in the garden while the Royal couple took care personally of their education. Sometimes, they also visited foundling hospitals. The royal family was also allowed to spend time in their residence of Saint Cloud every now and then.

In the meantime, several plans were thought of to take the royal family out of France but it was only in June 1791 that the king, who had up to that point tried to work with the new government and accepted some of their reforms, decided to go to Montmedy, where he hoped he could regain control of the country. But the plan failed: the king was recognized at Varennes and the royal family brought back to Paris. Now things got much worse for the royal family. Although Marie Antoinette was hated, the people, up until then, had loved and trusted their king. Now, they felt betrayed.

Back in Paris, the royal family was more closely guarded. The Queen would write to her family in Austria and to the other rules of Europe asking them to hold an armed congress to support the King without waging war on France. In 1792, though, it was France that declared war on Austria. The King, in the meantime, was using his power of veto to suppress new reforms. On 10th August 1792, an angry mob attacked the Tuileries Palace. Many people died and the Swiss Guards, loyal to the king, were slaughtered. The royal family managed to escape and took refuge with the Legislative Assembly. This was the end of the Monarchy.

The family was now placed under arrest at The Temple. They were strictly guarded night and day by their jailers who often inflicted humiliations and insults on them. On 21st September France was declared a Republic. During that month, the prisons were attacked and a lot of its prisoners murdered. Among the victim was the Princess De Lamballe, a close friend of the Queen. Her body was horribly mutilated, her head mounted on a pike and taken to the Temple so the Queen could see it. Thankfully, she didn’t. In October the King was separated from his family and in December he was tried. Found guilty, he was sentenced to the Death and, after a heart-rending farewell to his family, guillotined on 23 January 1793. Marie Antoinette was now “The Widow Capet”. 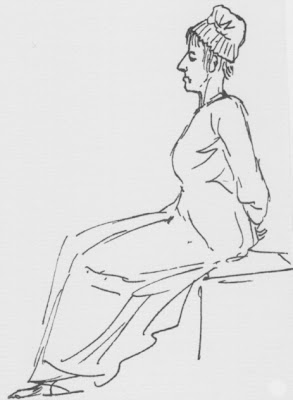 Marie Antoinette was devastated by the death of the king. She ate very little and wouldn’t go outside to catch some fresh air anymore. On 3 July, she was separated from her son too. She fought like a tiger to prevent it but had to give in when the revolutionaries threatened her daughter Marie Therese. This caused her even more grief. She could hear from her room the cries of her child being abused by the revolutionaries but could do nothing to help him. She only lived for the moment when she could see him from a little window being taken outside to catch some fresh air.

On 3rd August, Marie Antoinette was taken to the Concergerie prison to await her trial. Soon, plans of escape were made, but again she refused. She wouldn’t leave France without her children. On 14th October, after only one day was allowed to her lawyers to prepare for it, trial began. Marie Antoinette was accused of crimes against France, including having dilapidated the finances of the nation, conspired against the liberty of the French people and even to have committed incest with her own son. Marie Antoinette refused to answer this last terrible and false charge, but being pressed to do so, she said: “If I have not replied, it is because Nature itself refuses to respond to such a charge laid against a mother”. This reply moved the people present and brought her some sympathy, but, on 16th October, she was found guilty and sentenced to death. She would be executed that same day.

She was taken back to the Concergerie in the early hours of the morning where she wrote a last heart-wrenching letter to her sister-in-law. A few hours later, her hair was cut, her hands tied, and she placed on a cart and taken to the Place De La Revolution. The crowd jeered at her but Marie Antoinette, who was wearing a simple white dress with a white cap, kept her composure. While she was walking up the steps to the platform, she accidentally stepped on the executioner’s foot and apologized saying: “I did not do it on purpose”. She was then strapped in. The blade fell. Her head was cut off and shown to the cheering crowd. So dies Marie Antoinette.