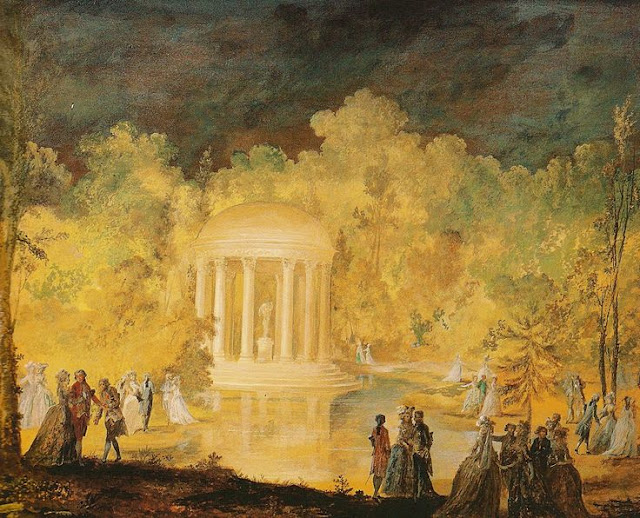 The Queen, who was much prejudiced against the King of Sweden*, received him very coldly. All that was said of the private character of that sovereign, his connection with the Comte de Vergennes, from the time of the Revolution of Sweden, in 1772, the character of his favourite Armfeldt, and the prejudices of the monarch himself against the Swedes who were well received at the Court of Versailles, formed the grounds of this dislike.

He came one day uninvited and unexpected, and requested to dine with the Queen. The Queen received him in the little closet, and desired me to send for her clerk of the kitchen, that she might be informed whether there was a proper dinner to set before Comte d’Haga, and add to it if necessary. The King of Sweden assured her that there would be enough for him; and I could not help smiling when I thought of the length of the menu of the dinner of the King and Queen, not half of which would have made its appearance had they dined in private.

The Queen looked significantly at me, and I withdrew. In the evening she asked me why I had seemed so astonished when she ordered me to add to her dinner, saying that I ought instantly to have seen that she was giving the King of Sweden a lesson for his presumption. I owned to her that the scene had appeared to me so much in the bourgeois style, that I involuntarily thought of the cutlets on the gridiron, and the omelette, which in families in humble circumstances serve to piece out short commons. She was highly diverted with my answer, and repeated it to the King, who also laughed heartily at it.