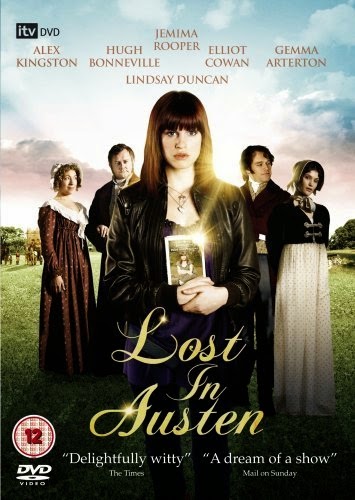 I am a stickler for accuracy. That’s especially true when it comes to movies taken from or inspired by my favourite books, such as Pride & Prejudice. That’s why it took me a long, long time to sit down and watch Lost In Austen, an insane movie (originally a TV series) about Amanda, a fellow Janeite, who suddenly finds herself in the world of Pride & Prejudice, swapping places with Elizabeth Bennett. Sadly, I wish I hadn’t bothered. 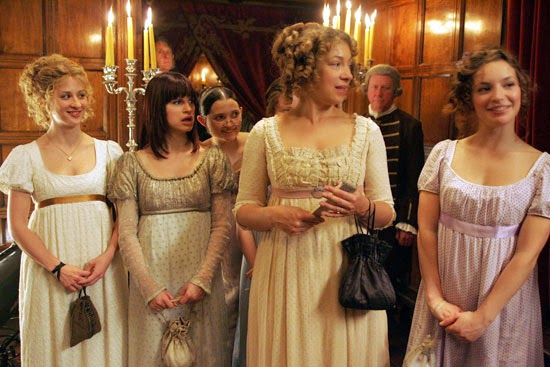 I was warned that, to enjoy it, you really need to suspend all disbelief. But I was able to do so only to a certain extent. I could accept, although only barely, the travel details. Finding a door in your bathroom that leads to the world depicted in a book doesn’t make any sense whatsoever, but then what time travel trick does? You must take a leap of faith to believe and enjoy these stories. 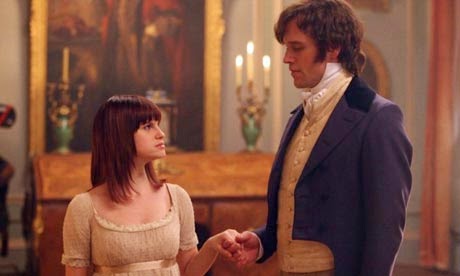 What I found a lot less believable was Amanda herself. Here is a girl, we are told, who has read Pride & Prejudice a thousand times and yet, once she finds herself in that world, she keeps making one mistake after another. It’s true that a lot of things are different, that the “plot” don’t exactly go forward as Austen planned, and that the characters aren’t very cooperative, behaving very differently from how we expect them to (they have no idea they are in a book after all). 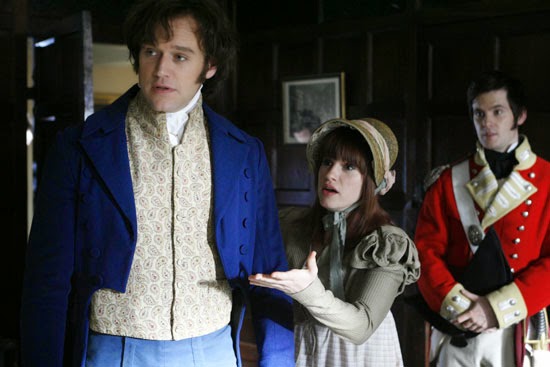 But, you’d think that someone who has read the book so many times would at least know how to speak in 19th century English and have a basic knowledge of Regency manners. Apparently not. She tries, but fails miserably most of the time. She also keeps mumblings about how things aren’t going as they are supposed to, and how this person should end up married to that other person and so on, making me wonder why none of the other characters never summoned a doctor or something. I can’t blame Mrs Bennet for thinking that Amanda was some sort of contagious illness. She doesn’t make any sense whatsoever. 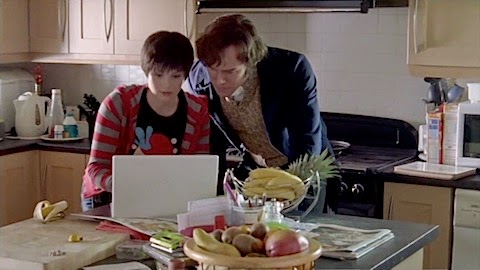 I found it even more unbelievable that Mr Darcy should fall for Amanda. Mr Darcy wasn’t particularly fond of Elizabeth at first, but her devotion to her family, her upright character, and her wit eventually won him over. Amanda, every time they meet, either behaves like a lunatic or lies to him. And yet he falls in love with her. Why? How? This stuff could happen only in a movie. Jane Austen so wouldn’t have agreed. 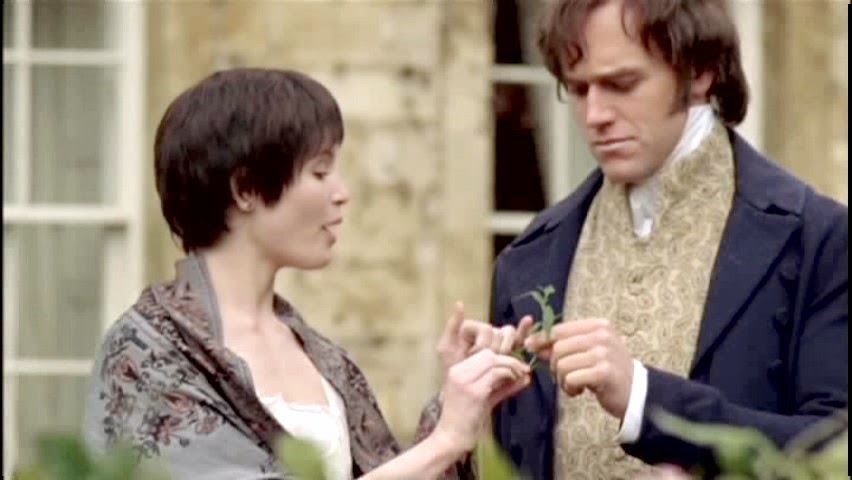 What to say of the ending? To start with, it was way too rushed. Not all the loose ends were properly tied up, with is always disappointing. And so was Amanda’s decision to stay with Darcy rather than go back home. I can easily see why Elizabeth Bennet decided to stay in modern Hammersmith, but how can a modern woman used to the freedom and right to work we now enjoy be content with being a lady of leisure? Don’t get me wrong. I love Darcy as much as any other girl, but this ending just reinforces the myth that a husband, children, and a lot of money are all a woman needs to be happy. But we all know that, in a few years, Amanda will be bored stiff with it all. What then? 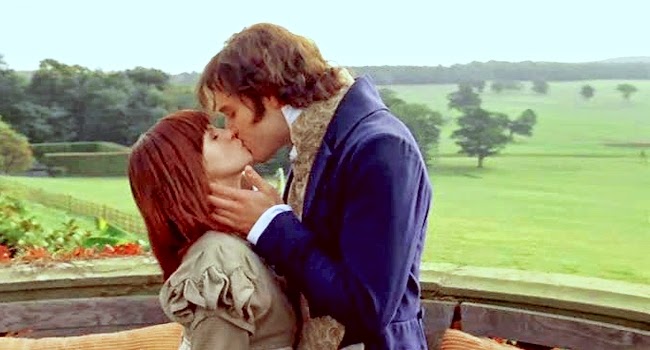 It’s not all bad, though. The actors are good, their lines witty, their costumes beautiful (well, as beautiful as Regency clothes can be, which isn’t much) and funny moments abound. I couldn’t help but laugh out loud when Amanda asked Mr Darcy to get into the water. I’d really like to know how she managed that! If, unlike me, you don’t mind all the crazy inconsistencies and are in the mood for something light that will just entertain you, rather than make you think, you may actually enjoy this. But, for sticklers like myself, there are just too many things that are wrong with it.