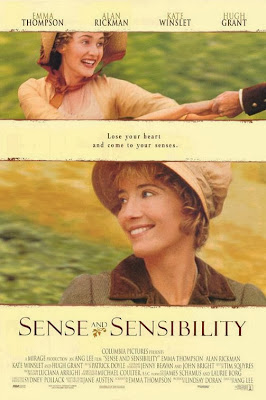 Sense And Sensibility is, after Pride and Prejudice, my favourite Jane Austen book. That’s why it took me so long to watch this movie. That may seem a contradiction to some of you, but film adaptations often ruin the books, twisting or taking out important events and characters, and sometimes even replacing them with new ones that don’t add anything to the story. Thankfully, this doesn’t happen here. 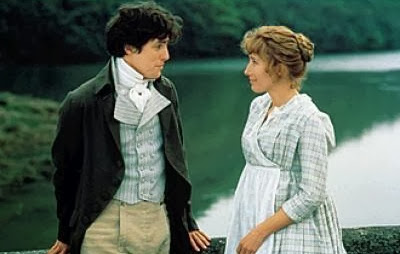 The movie is mostly accurate, diverging from the book only on minor points. For instance,  Edward almost tells Elinor about his secret engagement with Lucy Steele, but is interrupted by his sister. Some minor characters, like Lady Middleton, have been cut out, but their presence isn’t really missed. The liberties taken with the story are so small that they hardly change it at all. Instead, they enhance it. The pace too is just right. It isn’t too slow, but it isn’t rushed either. 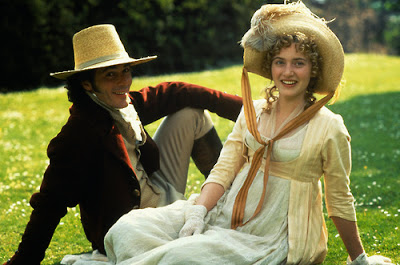 Emma Thompson, who plays Elinor (and who wrote the script, for which she won an Oscar), may have been too old for the part. In the book, Elinor is younger, and yet I can hardly imagine anyone doing a better job at portraying the sensible and reserved older sister. Kate Winslet was amazing too in the role of Marianne. The exuberant Marianne has a very romantic spirit, which Winslet vividly brought to life. Apparently, the actresses lived together for a while so that they could better portray the sisterly affection between their characters, and it really shows. You could easily be forgiven for thinking they were sisters in real life too. 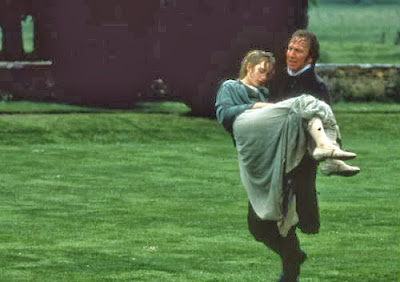 Alan Rickman played Colonel Brandon. I thought that it’d be weird to see him play the unlikely hero cos, to me, he’ll always be Professor Snape. But he made me forget all about the dark magic teacher pretty soon. Rickman is a very talented actor and you can’t fault his performance.Huge Grant also did a great job at portraying the very shy and socially awkward Edward Ferrars. His character is also more developed than it is in the book, allowing you to get to know him better. And when you do, you can’t help but fall for him too. 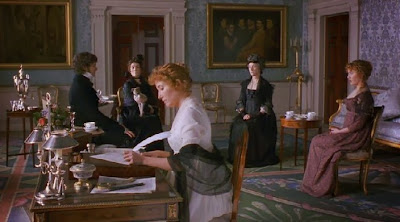 Minor characters, such as Mrs Jennings and the Palmers, are very funny and bring a much needed comic element to the movie. All the characters in the movie were very well-cast, and they all wore costumes that, if not that pretty (let’s face it, the Regency style of clothing really wasn’t very elegant and didn’t do most women any favours), were quite accurate. And so were the breathtaking setting and gorgeous music. 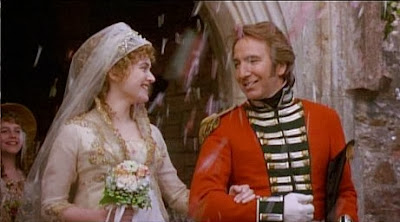 This is one of the best adaptations of one of Jane Austen’s works and one the whole family can enjoy. Although the language can be a bit difficult at first, you soon get used to their way of talking. More importantly, the language, nor anything else in the movie, is ever inappropriate. No bad language. No sex. The lovers don’t even kiss. And yet you can distinctly feel how much they love each other. Charming and entertaining, the movie is a must-see. I just regret not having watched it sooner!