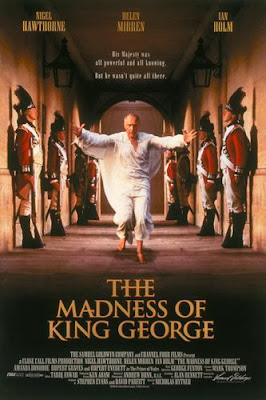 King George III is remembered for two things: losing the American colonies and going mad. It’s his first bout of madness that is the subject of “The Madness of King George”. Although described as a comedy (and it does have lots of funny and witty scenes in it that will make you laugh out loud), it often feels more like a tragedy. Nigel Hawthorne does an excellent job at portraying the irascible and moral, stubborn and modest King as he descends into madness. 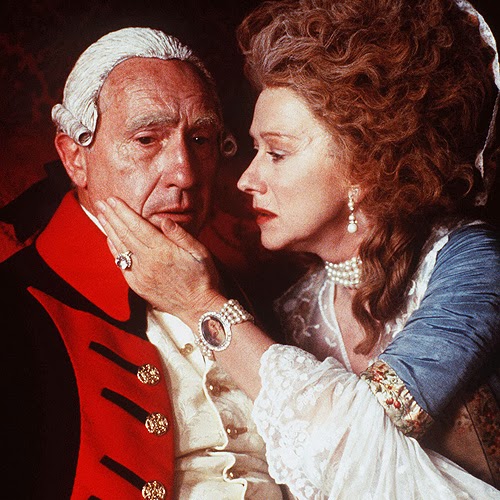 Hawthorne’s portrayal is very nuanced and vividly expresses the ranges of emotions, from anger to confusion and pain, the King experienced as his illness degenerated, as wells as the suffering and humiliation he felt as he submitted to the strait jacket and the harsh treatments his doctors employed to try and cure him. And, unlike the real King George, whose submissive and obedient wife became despondent and depressed at the first signs of his illness, Nigel’s King has a devoted Queen, brought to life by the brilliant Helen Mirren, who is determined to do what it takes to make him well. And when she is prevented from even seeing him, her pain is heartbreaking. 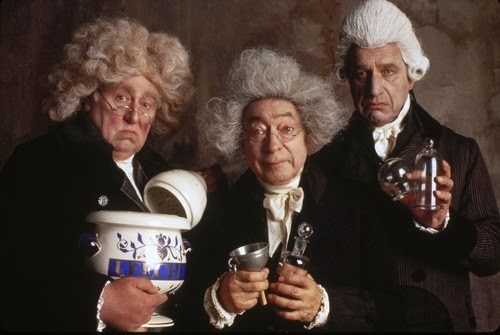 The Prince of Wales, played by Rupert Everett, is cast as the villain. Pleased at the King’s malady, he is busy conniving with politicians to be proclaimed regent and rule in his father’s place, and enjoying his time with his morganatic Catholic wife Maria Fitzherbert. I though this one-sided portrait of him quite lacking, as it didn’t show the viewer the conflicting feelings Prince George experienced at this time. In him, the genuine concern for his father was at war with the ardent desire to finally exercise some real power. In the movie, the frustrated prince keeps asking his father for something meaningful to do, but the only reply he gets is: “Smile and wave to the crowd, it’s what you’ re paid for!”. It’s quite hilarious. 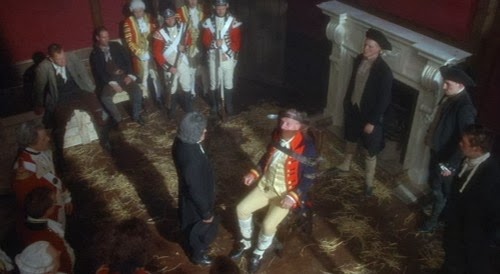 Despite several inaccuracies, lots of attention is paid to detail to ensure that the court and the world George III inhabited were represented in as much an authentic way as it is possible. The costumes, complete with wigs, and the customs and etiquette of the time are fairly accurate. Overall, this is a wonderful movie that deals with some important themes, such as mental illness and the harsh way the patients were treated in the past, the loss of power and its shift from monarchy to parliament, and family feuding. Highly recommended.