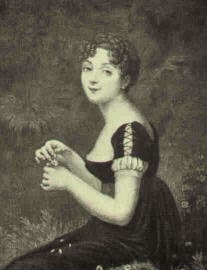 During the first years of their marriage, an infatuated Napoleon constantly begged his wife to accompany him on campaign trips, be they in the lively city of Milan or the unforgivable deserts of Egypt. Josephine always refused. She didn’t want to leave her comforts, her friends, her fun, and her lovers in Paris, to go on a boring campaign trip with a husband she wasn’t that fond of. Much better to stay behind, in the arms of the dashing and elegant Hussar lieutenant Hippolyte Charles.

It wasn’t long before one of Napoleon’s siblings, all of which hated Josephine, told him what she was up to when he was away. Napoleon was devastated. And furious. He soon decided to take a mistress too. But who? He was in Egypt at the time, and the plump and voluptuous local women weren’t to his taste, which leant towards tall and slender figures. Then, one day, as he was taking a stroll though the Tivoli gardens he had had created in Cairo to please his officers, he saw a beautiful young woman playing a game of cards. Her name was Pauline Foures.

Pauline shouldn’t have been there. An ex-milliner, she had married the soldier Jean-Noel Foures and, when told she couldn’t accompany him to Egypt (no soldier’s wife was allowed to come), she simply put on an uniform and hid on board the ship La Ducette, which was headed to Alexandria. Only when she arrived safe and sound at her destination, she discarded her disguised and donned dresses again. Her courage and audacious spirit quickly gained her many fans. Everyone loved Pauline, and no one was surprised when she caught Napoleon’s eye. 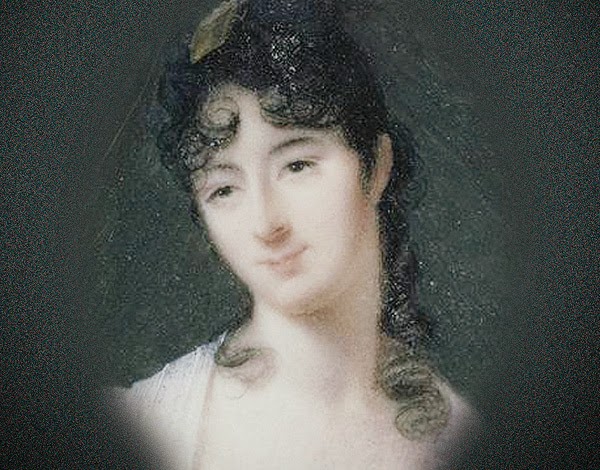 Napoleon started sending the beautiful Pauline many gifts, and even had many officers plead his cause, but she always refused him. So, he took a more drastic measure. He sent her husband away on some mission, so that he wouldn’t spoil their fun. Then, he invited Pauline to lunch. While they were eating, Napoleon “accidentally” spilled some water over Pauline, and took her to another room to fix the mess. But when they returned, Pauline was even more dishevelled than before. It was clear to anyone what had happened between the two.

The next day, Pauline moved into her own private villa, where she and Napoleon could spend a lot of time together, away from prying eyes. It was no secret, though, that they were having an affair. Pauline, dressed in a general’s uniform, her hair tied up with a tricolour sash, was often seen riding beside him. She also acted as hostess when he received dignitaries and officers. She soon gained the nicknames of La Generale and Cleopatre.

But Jean-Noel Foures, who during his mission had been briefly captured by the English, couldn’t stay away for long. When he returned, he was furtious to discover his wife had become Napoleon’s mistress. He threw a scene, demanding she leave Napoleon, but she refused, and declared she wanted a divcorce instead. Everything moved quickly when Napoleon was in charge and, just a few days later, Pauline had her divorce. She was now Napelon’s official mistress. 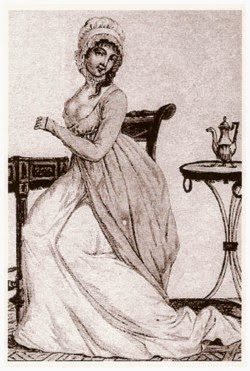 But her reign only lasted two more months. Then, Napoleon went off to Syria with his troops, leaving Pauline behind. Although he wrote her passionate love letters, and the two hooked up again when he returned, things between them just were never the same again. Napoleon wanted to return to France. Alone. When Pauline said goodbye to Napoleon in August 1799, she didn’t know she would never see him again.

Before leaving, Napoleon entrusted Pauline to the care of General Kleber, and the two soon became lovers. Pauline arrived in Paris a year later and tried to see Napoleon, but he always refused. Although at the time of their affair, he had hoped that rumours of it would reach the unfaithful Josephine’s ears, the couple had now reconciled and Napoleon wanted no trouble. But he granted her an allowance and a house on the outskirts of Paris.

Pauline would never cease to scandalise polite society. She smoked, took her dog into church, and read the Paris gazettes sitting outside the door of her solicitor. During the Russian campaign, she was sent to the provinces for being too friendly with some Russian aristocrats. Under the Restoration, she frequently travelled to South America, where she sold furniture made in France and bought precious woods. Once her fortune was restored, she returned to France permanently. Pauline was a decent painter who loved to collect art, and also wrote three novels Lord Wenworth (1813), Aloïze de Mespres. Nouvelle tirée des chroniques du XIIeme siècle (1814), and Une chatelaine du XIIeme siècle (1834). She died in March 1869.