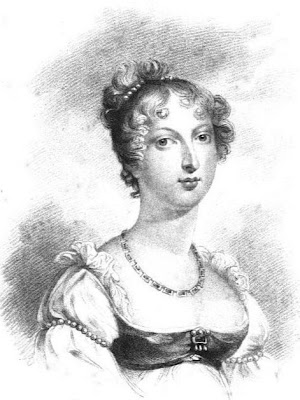 Charlotte, Princess of Wales, was one of the few lucky royal ladies to have married for love. But before she tied the knot with her beloved Prince Leopold, she had been briefly engaged to William, Hereditary Prince Of Orange. That marriage, however, was arranged for political reasons. William’s father had been contemplating an alliance with Britain since 1807. Napoleon had kicked him off the throne, giving it to his brother Louis, and he knew that, without help, he would never get it back. The British had a lot to gain from the match too: Holland laid between Britain and Hanover (then ruled by the same king), and an alliance would have made their country stronger. Plus, combining the British Navy with the Dutch fleet would have made Britain invincible on the sea.

So, Prince William was duly dispatched to Oxford to get an English education, and in 1811 he entered the British army. But by the spring of 1813 things were changing. Napoleon’s luck turned and he was eventually defeated. The exiled monarchs regained their thrones, but the project of a marriage between the Hereditary Prince of Orange and Princess Charlotte didn’t vanish. Holland, a new buffer state between France and Prussia, was created to maintain peace in Europe. The British, hoping to influence its politics, still pushed for the marriage. 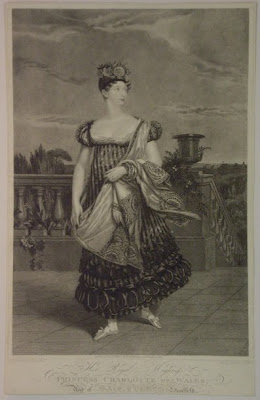 Too bad no one had bothered to tell the intended bride and groom. Charlotte, however, suspected it. Too many rumours were flying around for it not to be true. The Princess had mixed feelings about it. On the one hand, she knew that her mother detested the Orange family, but on the other, she declared she was prepared to give him a chance and judge for herself whether she could be happy with him.

After all, he may offer a chance to change her life for the better and get some freedom. Her father still treated her like a child and she was sick of it. But when the prince was summoned to London, Charlotte declined to attend any event where she might meet him. She was curious enough to ask about him, though. She was told that he was very thin and plain, but danced well and behaved like a gentleman. After a month, the prince left without being introduced to Charlotte. They were both relieved.

But the plan wasn’t dropped. On 14 October, Charlotte was asked what she thought about the Hereditary Prince of Orange. She replied that she would never marry him, and much preferred the Duke of Gloucester, a nephew of King George III, instead, hoping this would scare them into renouncing the affair. When news reached the Prince Regent, Charlotte’s father, he was furious. Charlotte, though, kept playing for time. But time was running out. The Hereditary Prince of Orange was coming to England again. The Prince Regent, changed tactics. He started being nicer to his daughter, in an attempt to influence her into marrying Prince William.

But eventually, it was Charlotte’s duty, and the realization that the marriage was in her country’s interest, that convinced her to give the prince a chance. She would finally meet him at a dinner party on 11 December. That morning, the Prince Regent came to her house and put extra pressure on her, telling her that after the dinner, she was to give him an answer “one way or the other”. Charlotte, dressed in a beautiful violet satin gown trimmed with black lace, arrived at the dinner party pale and agitated. She sat down next to Prince William, and, despite her misgivings, had a lovely time.

She later wrote to her friend Mercer: “He struck me as very plain, but he was so lively and animated that it quite went off… It is really singular how much we agreed together in allmost everything.” Once the dinner was over, the Prince Regent approached his daughter to get his answer. Although Charlotte didn’t commit, she said that she had liked “his manner very well, as much as I have seen of it”. The Prince Regent took that as a yes and, summoning Prince William, he joined his hand with Charlotte’s and gave them his blessing. It was too late now to turn back.

The engagement was, however, to be kept secret for the time being. The Prince was allowed to visit his betrothed and the very next day, went to her house. Left alone with her (but with the door open for propriety’s sake) he already made her cry. Charlotte was distraught at learning she was expected to spend two to three months a year in Holland. As the future Queen of England, she didn’t feel she could do that. Besides, she loved her own country and had no desire to leave it. The Prince was sympathetic and promised her that maybe she would be required to spend only two or three weeks in Holland after all, and that she could take all the ladies she wanted with her. This made her feel a little better. After much discussion, though, Charlotte had her way: the marriage contract, which she signed on 10 June, stipulated that she would never have to leave England against her will. 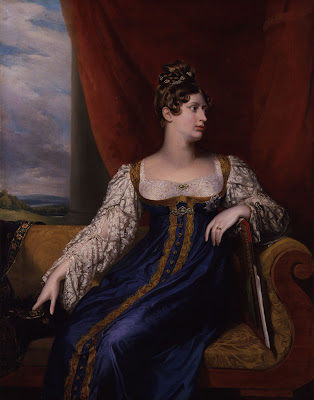 Charlotte, however, still had reservations about her engagement. She was mad at her father for having trapped her that night, leaving her with no choice. The Radicals Whigs were against the marriage too. For years they had embarrassed the Prince Regent and his government by exposing the cruel way in which Princess Caroline, Charlotte’s mother, was treated (she was banned from court and was allowed to see her daughter only for a very few short hours every now and then) and didn’t want to lose this political weapon. So, they warned the young princess that if she married, her mother wouldn’t have a reason to remain in England anymore. Her husband may even bribe her to go. And with Caroline out of the way, support for her in England would wane, and the Prince Regent would be able to divorce her quietly and remarry. His new wife may then give him a son, which would inherit the crown in her place. It was thus her duty not to marry.

Charlotte used this as an excuse to get out of her engagement. She summoned Prince William to her house and told him that she would marry him only if her mother would always be a welcome visitor in their home, a condition she knew he would never accept. He begged her to reconsider, and left. That night, she sent him a letter telling him that “from recent circumstances that have occurred I am fully convinced my interest is materially connected with that of my mother… After what has passed upon this subject this morning between us (which was much too conclusive to require further explanation) I must consider our engagement to be totally and for ever at an end. I leave the explanation of this affair to be made by you to the Prince…” 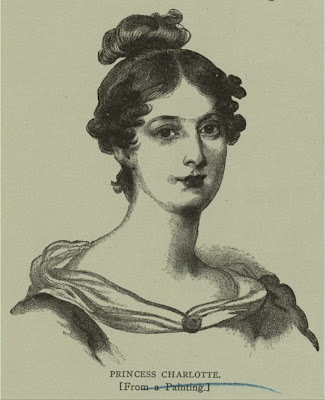 Prince William refused to tell the news to the Prince Regent so Charlotte had to write to him herself. She did so, blaming her ex-fiancé for the breakup: “He told me that our duties were divided, that our respective interests were in our different countries… Such an avowal was sufficient at once to prove to me Domestick happiness was out of the question.” But that wasn’t the end of it. The Prince Regent still tried to force his daughter to marry Prince William. He treated her harshly, dismissed her ladies and confined her home, keeping her in isolation as much as possible. Charlotte had to run to her mother’s house, hoping to live with her.

Princess Caroline had other ideas. She wanted to travel on the continent instead than staying at home with her daughter. Eventually, Charlotte was prevailed upon to go back to her own home, but not before writing down a declaration that said “if ever there should be an announcement of such a match, it must be understood to be without her consent and against her will”. Then, six copies were made. She signed them all and gave them to the people present. That wasn’t enough to deter the Prince Regent either and Charlotte was starting to despair that nothing would make him back down.

She would eventually be released by the Hereditary Prince of Orange. Realizing that Charlotte wouldn’t have him, he had become engaged to the Grand Duchess Anne, the Tsar’s youngest daughter. In the meantime, Charlotte had met her soulmate, Prince Leopold of Saxe-Coburg-Saalfeld. Soon, they too would be married.