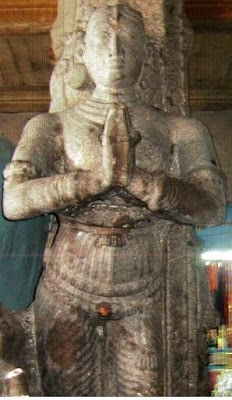 Rani Mangammal was the daughter of Tupakula Lingama Nayaka, a general of Chokkanatha Nayak, ruler of the south Indian kingdom of Madurai Nayak (now called Tamil Nadu). She caught the king’s eye, and he decided to marry her. The couple had a son. When in 1682, Chokkanatha died, their son, now fifteen years old, ascended to the throne. But he didn’t occupy it for long. He died in 1689, while his wife was pregnant with their son, Vijaya Ranga Chokkanatha. Unlike Mangammal, her daughter-in-law, after giving birth to her child, chose to commit suttee*. Mangammal instead, became regent for her grandson.

The Madurai people weren’t happy to be ruled by a woman but in time, Mangammal, proved a capable and efficient leader, both in times of peace and war. She was a good military leader, had great diplomatic and political skills, and knew how to administer a country. She also built many roads and temples, many of which are still in use nowadays, repaired irrigation channels and in 1701, made large grants for a public feeding institute. Although she was Hindu, the Queen regent was tolerant of other religions and, during her reign, Christian missionaries could carry out their works more freely than in the past. Mangammal was a popular and loved leader and many towns were named after her.

Maybe it’s because she knew she was doing such a great job that, in 1704, when her grandson became of age, she refused to abdicate. She was supported in this by the chief minister, who was said to be on too intimate terms with her. But her grandson had his supporters too. He and his general locked her up in prison where she died of starvation.

Notes:
*the Hindu custom of a widow burning herself on her husband’s funeral pyre to purge their sins and elevate herself into a deity