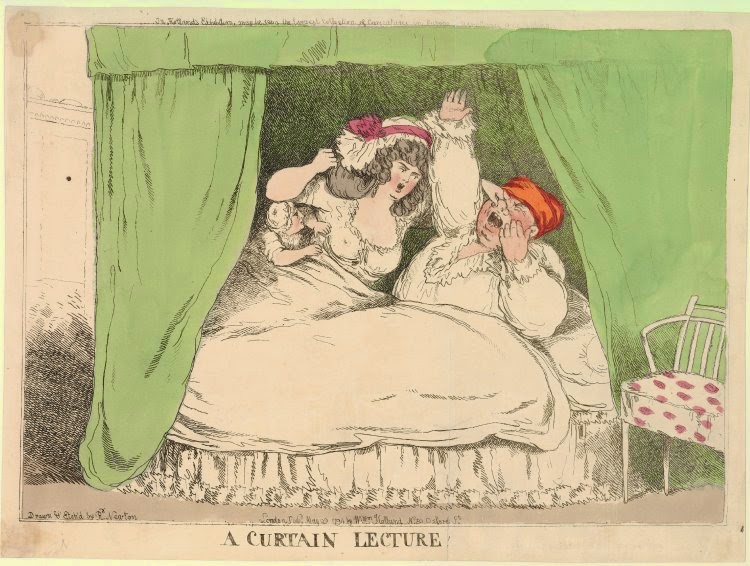 Croaker: someone who always foretells a bad outcome to any endeavour.

Curtain Lecture: a discreet scold. Usually, it was given by a wife to her husband.

Gluepot: a parson. They were so cold because they officiated marriages, joining men and women together in that sacred bond.

Lollop: to lean on the table with your elbows.

Outrun The Constable: a man who has lived above his means or income.

Pitt’s Picture: a window bricked over, or otherwise stopped up, from the inside, to save the window tax imposed by Pitt’s administration.

Sunday Man: one who goes abroad on that day only, for fear of arrests.

Tooth-music: the sound made by chewing.

White Serjeant: a man fetched from the tavern or ale-house by his wife.