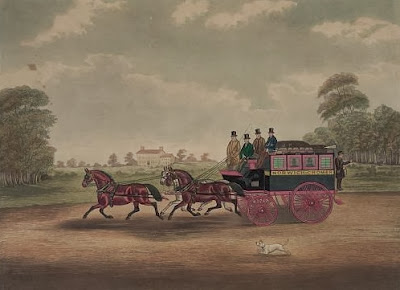 I’ve already written a post about the slang used in the Regency Era. But it is impossible to cover such a broad topic in one post, so here are 15 more words and expressions that were common at the time, but can now only be found in some old books:

Books: cards to play with. If someone placed the cards in the pack in an unfair manner, then they’d be “planting the books”.

Cap Acquaintance: people who barely knew each other, only enough to salute with the hat or bow when they met.

Family Man: a thief, or receiver of stolen goods.

Gentleman Of Three Outs: someone without money, wit and manners.

Master Of The Wardrobe: someone who pawns his clothes to buy liquor.

Mushroom: a person or family of humble origin who has suddenly become wealthy and influential.

Squash: a party you don’t want to attend but must anyway.

Toad eater: an impoverished gentleman or female relation that was hired as a paid companion.

Wife In Water Colours: a mistress, or a concubine; such an engagement, like water colours, could be easily dissolved.