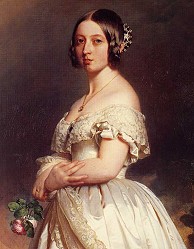 A few days before King William IV of England died, his niece and heir, Princess Victoria, received a letter from her maternal uncle, King Leopold I of the Belgian. It contained some friendly advice on how to behave once on the throne:

My beloved Child,—… I shall to-day enter on the subject of what is to be done when the King ceases to live. The moment you get official communication of it, you will entrust Lord Melbourne with the office of retaining the present Administration as your Ministers. You will do this in that honest and kind way which is quite your own, and say some kind things on the subject. The fact is that the present Ministers are those who will serve you personally with the greatest sincerity and, I trust, attachment. For them, as well as for the Liberals at large, you are the only Sovereign that offers them des chances d’existence et de durée. With the exception of the Duke of Sussex, there is no one in the family that offers them anything like what they can reasonably hope from you, and your immediate successor, with the mustaches*, is enough to frighten them into the most violent attachment for you.

… The irksome position in which you have lived will have the merit to have given you the habit of discretion and prudence, as in your position you never can have too much of either. Great measures of State I hope you will be able to avoid at first. I have already—if you would read it over, and perhaps let Stockmar see it—written to you some months ago on the subject of the necessity of maintaining the influence of conservative principles, and of protecting the Church. You will do well to keep both objects in view. You will do wisely by showing yourself attached to the English Protestant Church as it exists in the State; you are particularly where you are, because you are a Protestant.

I know you are averse to persecution, and you are right; miss, however, no opportunity to show your sincere feeling for the existing Church; it is right and meet that you should do so. I must repeat that you will do well as long as it will be possible to hurt no one’s hopes or prospects. That this will not always, or very long, be possible is the consequence of the state of parties; still, one may be frank and honest, and still kind to all. Concerning foreign policy I shall write on some future occasion.

In the meantime I trust you will protect the two Queens in the Peninsula, who are miserably ill off. I am sure, with your good sense you will not find it difficult to judge questions yourself. I cannot too much recommend this, as it will then become a habit, and even an amusement to you. Cultivate always a genuine feeling of right and wrong, and be very true and honourable in your dealings; this gives great strength.

I have taken into consideration the advantage or disadvantage of my coming over to you immediately. The result of my examen is that I think it better to visit you later. If, however, you wanted me at any time, I should come in a moment. People might fancy I came to enslave you, while I glory in the contrary; and, thirdly, that they might be jealous, or affect it at least, of my coming, as if I thought of ruling the realm for purposes of my own….

I am now at the end, I think, of what I had to say. May Heaven bless you and keep up your spirits. Ever, my beloved child, your faithful Uncle and Friend,

Pardon the hurry in which this letter was written.

Note:
* The Duke of Cumberland