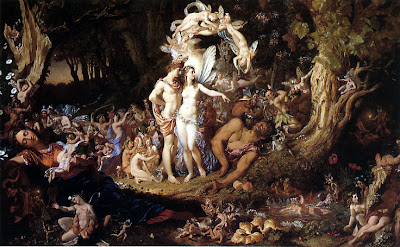 I’m a huge fan of Shakespeare and have just finished reading for the second time A Midsummer Night’s Dream. Although not my favourite play of his, I still find it a very pleasant and enjoyable read and would love one day to have the chance to see it performed in a theatre. Someone who had that opportunity was the seventeenth-century diarist Samuel Pepys, but he didn’t seem to enjoy it much. In his diary, he briefly shares his disappointment thus:

Michaelmas Day. And then to the King’s Theatre, where we saw “Midsummer’s Night’s Dream,”which I had never seen before, nor shall ever again, for it is the most insipid ridiculous play that ever I saw in my life. I saw, I confess, some good dancing and some handsome women, which was all my pleasure. 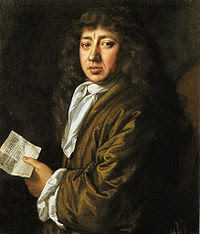 A Midsummer Night’s Dream is a comedy play written by William Shakespeare probably between 1590 and 1596. It is a bit complicated as we have several points intertwined throughout it: the marriage of the Duke of Athens, Theseus, and Ippolita, Queen of the Amazons; the adventures of four young Athenian lovers; a group of amateur actors preparing to perform at the wedding; Oberon, the king of the fairies, fighting with his queen Tatiana over a changeling and interfering in the lives of the other characters.

Now widely performed around the world, the play didn’t seem to enjoy much success during the Restoration. During this period, plays were evaluated based on the classical standards set by Aristotele (a series of events centered around one character). A Midsummer Night’s Dream, with all his interlocked plots, was likely considered too messy and thus, adaptations of it were performed, seldom, in theatres. It was probably one of these very adapted versions that Pepys saw and disliked.

Picture above:
The Reconciliation of Tatiana an Oberon by Joseph Noel Paton, 1847, National Gallery Of Scotland, Edinburgh