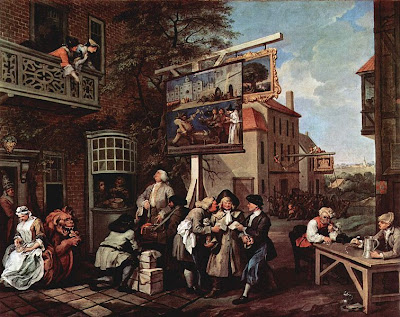 One of my favourite pastimes is to read old magazines (yes, I’m weird like that, but they are much more interesting than modern magazines really) and, while perusing the August 1818 edition of La Belle Assemblée, I stumbled upon a fun episode involving Mr Sheridan canvassing for an election. It made me chuckle so I thought I’d share it with you all. Enjoy!

As Mr. Sheridan was coming up to town in one of the public coaches, for the purpose of canvassing Westminster, at the time when Mr Paul. was his opponent, he found himself in company with two Westminster electors. In the course of conversation, one of them asked the other to whom he would give his vote? When his friend replied; “To Paul, certainly; for though I think him but a shabby sort of a fellow, I would vote for any one rather than that rascal Sheridan.” “Do you know Sheridan?” asked the stranger. “Not I, Sir,” answered the gentleman: “nor would I wish to know him.”

The conversation dropped here; but when the party alighted to breakfast, Sheridan called aside the other gentleman, and said, “Pray who is that very agreeable friend of yours? He is one of the pleasantest fellows I ever met with, and I should be glad to know his name.” “His name is Mr. T__; he is an eminent lawyer, and resides in Lincoln’s Inn- fields.” Breakfast over, the party resumed their seats in the coach: soon after which, Sheridan turned the discourse to the law.

“It is,” said he, “a fine profession: men may rise to the highest eminence in the state, and it gives vast scope to the display of talent; many of the most virtuous and noble characters recorded in history have been lawyers. I am sorry, however, to add that some of the greatest rascals have also been lawyers; but of all the rascals I ever heard of is one T__, who lives in Lincoln’s Inn-fields.” “I am Mr. T__,” said the gentleman. “And I am Mr. Sheridan,” was the reply. “The jest was instantly seen; they shook hands; and the lawyer exerted himself warmly to promote the election of the facetious orator.