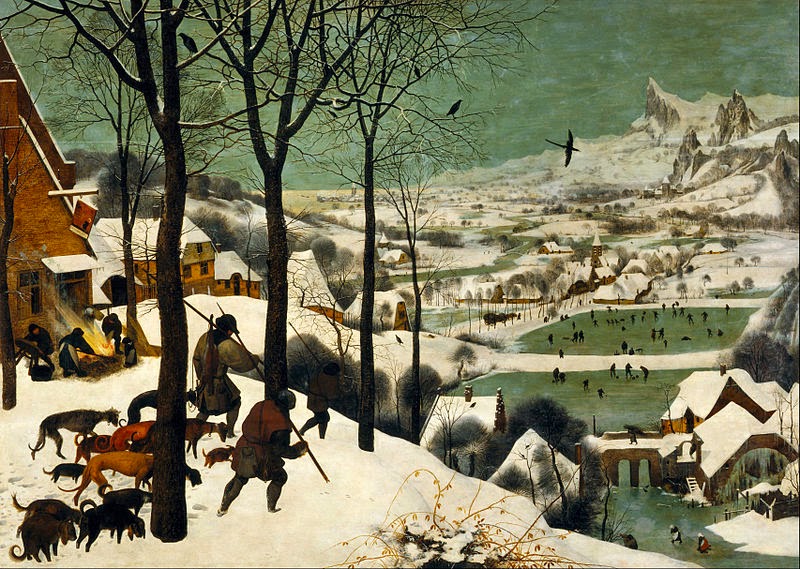 Hunters in the Snow (Winter) by Pieter Bruegel the Elder, 1565 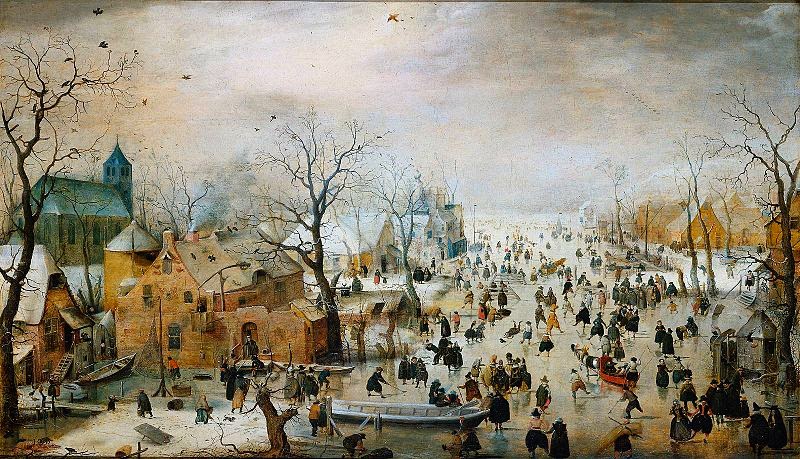 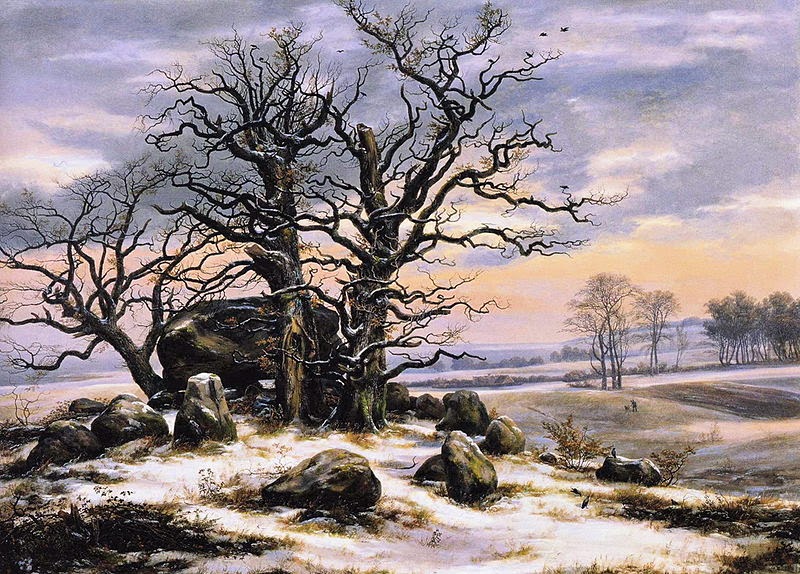 Megalith Grave near Vordingborg in Winter by Johan Christian Dahl, between 1824 and 1825 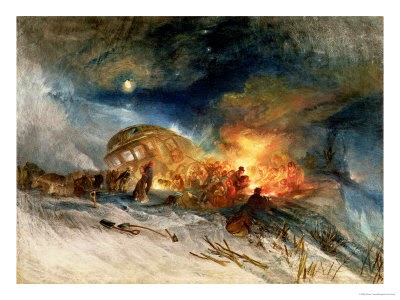 Travellers in a Snowdrift Print by William Turner, ca 1829 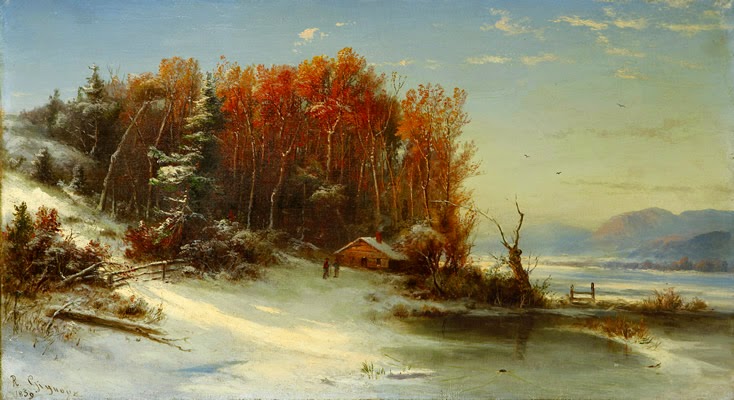 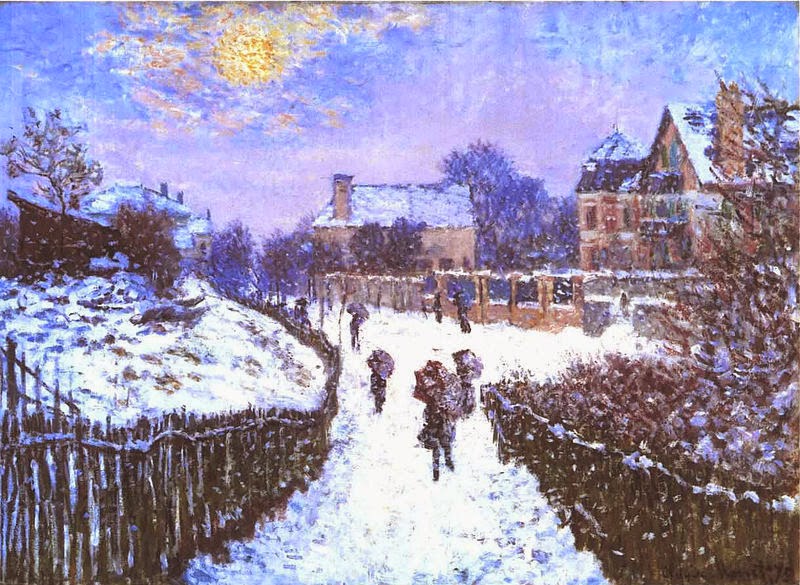 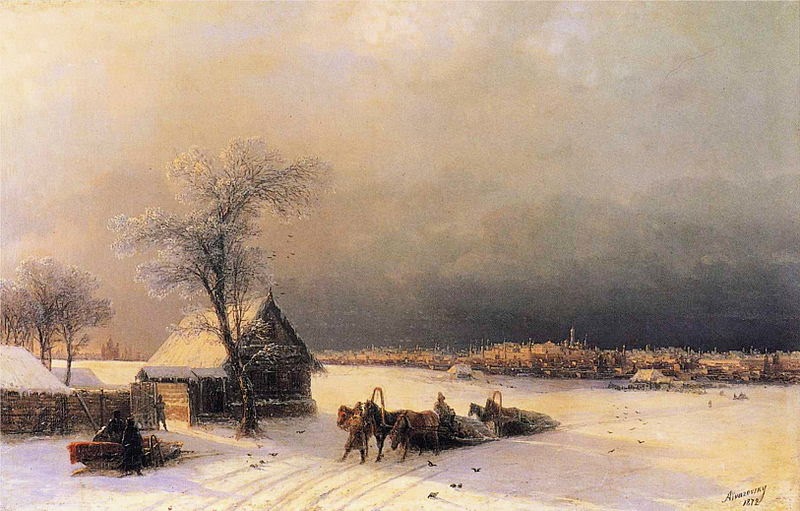 Moscow in Winter from the Sparrow Hills by Ivan Aivazovsky, 1872 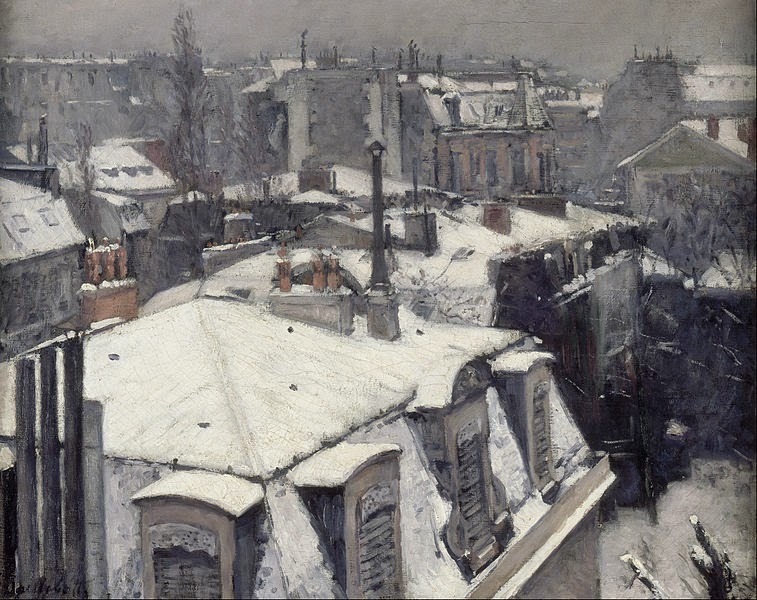 Rooftops in the Snow (snow effect) by Gustave Caillebotte, 1878 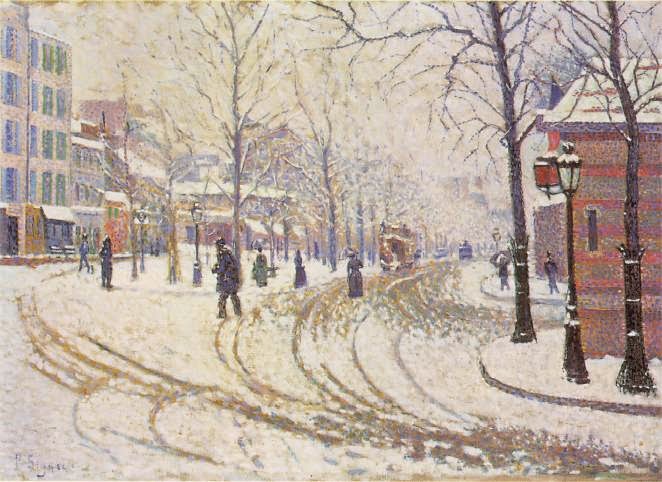 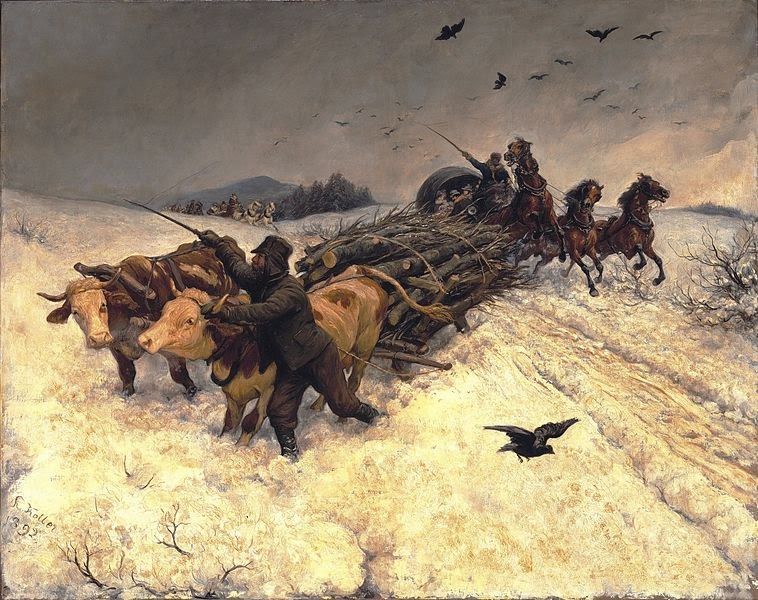 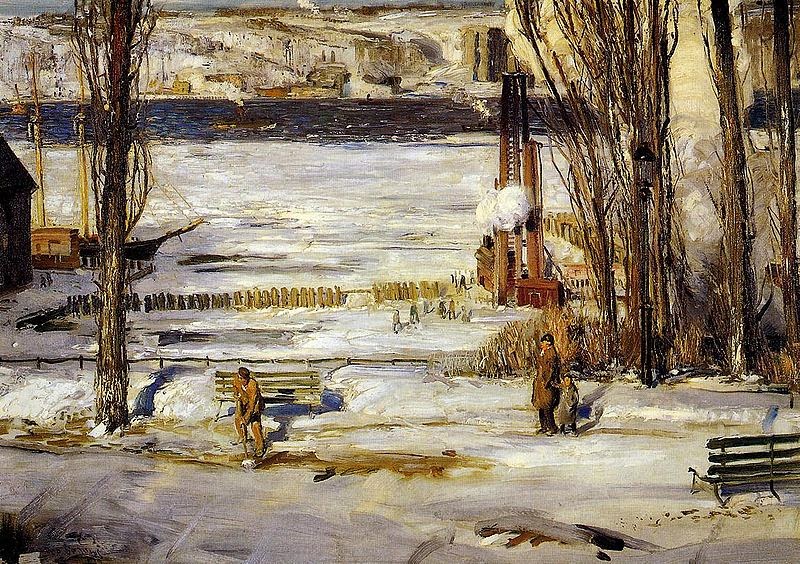