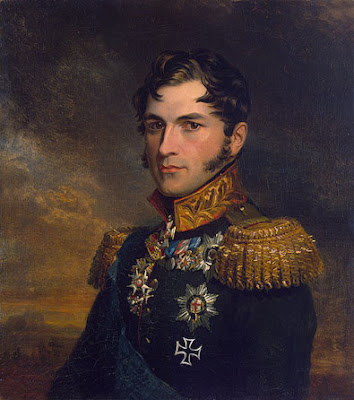 The July 1816 edition of the Repository Of Arts, Literature, Fashions, Manufactures &, contains an interesting article on the education, hobbies and personality of Prince Leopold Of Saxe-Coburg, who had recently married the heiress to the British throne, Princess Charlotte Of Wales. The unfortunate princess would die the following year, shortly after giving birth to a stillborn child. The devastated Leopold would go on to become the first King of the Belgians. Here’s what the magazine says about him:

The chief merit of the education of this prince belongs to the privy-counsellor Hohnbaum. This gentleman was in 1799 appointed teacher to Leopold and his two brothers, and consequently had the former, who was then between eight and nine years old, constantly about him. He soon discovered the capacity and good qualities of his pupil.; at the same time he could not but perceive, that the prince was rather delicate. The tutor therefore directed his first cares to the means of strengthening his constitution: he accustomed him to gymnastic exercises, proceeding from the easiest to the most severe; not a moment was left unemployed ; and this system proved so successful, that the prince was enabled, at a subsequent period, to support, without difficulty, all the hardships and dangers of war.

During his childhood the prince had no play-fellows; his two brothers were both too much older than himself, the one being his senior by seven, and the other by upwards of five years. It was, therefore, impossible to prevent them from sometimes exercising the right of the stronger upon their younger brother, when he mixed in their youthful sports; and this treatment was so far from according with Leopold’s notions of right and justice, that he chose rather to seek diversion by himself. Till he was turned of nine years two squirrels were his chief amusement: he not only regularly fed and attended to them, but had the curiosity to see what natural history had to say concerning his little favourites. The accidental present of a pair of pigeons next led him to make himself acquainted with the peculiarities of the different varieties of birds of that family. 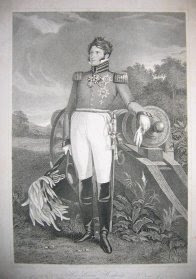 These innocent attachments were supplanted by a fondness for flowers, which he indulged in a garden that he rented, and which led him into the extensive field of botany. His passion for this science was, however, first excited so early as in his fifth year, by the contemplation of the prints in the natural history for children, published by the Industrie Comptoir at Weimar, which has produced so many other useful works for the instruction of the youthful mind. By his intimate acquaintance with botany, combined with his noble character and pleasing manners, he very strongly recommended himself to the Empress Josephine during his first visit to Paris. A connoisseur herself, and possessing a collection of plants unrivalled upon the Continent, she particularly distinguished Prince Leopold, and presented him with various rare articles out of her garden. The love of what is grand and beautiful in nature next led him to landscape-painting, in which he is a very great proficient, and for his skill in this art he is indebted to himself alone; for though his master, Rauschert, was celebrated in Germany, and England also, as a practical artist, yet he was deficient in theoretical knowledge, and died before the prince had made any great progress. With these pleasing pursuits he combined the study of music, which he learned with the same ease and celerity as every thing else to which he addicted himself.

The history of Saxony inspired Prince Leopold with a love of history in general: from the history of his ancestors, which made a deep impression upon his mind, he proceeded to that of the states connected with the history of the Saxons; and therefore studied at an early period of life the history of England, and conceived a decided predilection for the constitution, manners, and literature of this country. In the history of Germany he was particularly struck with Schiller’s History of the Thirty Years War. The noble and chivalrous spirit of the heroes described in that work animated his bosom; but the deeds of that champion of religious and political independence, Gustavus Adolphus, excited his highest enthusiasm. In the contemplation of the life of this prince his heart and imagination found a rich treat, and he often wished to be in the place of Gustavus Adolphus, that he might protect the rest of the Continent from the despotism of Napoleon. 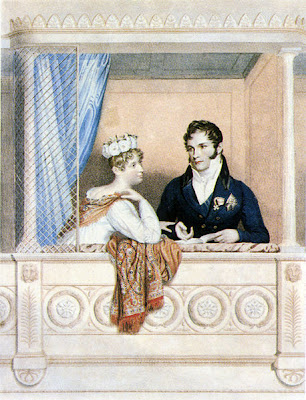 The young prince was often quite absorbed in these speculations, and when he fancied himself contending as Gustavus Adolphus for the liberties of Germany, he would sometimes affectionately call his faithful tutor Hohnbaum, his good Oxenstierna. From this time the prince began to read military works and to study mathematics, as necessary for his future destination. Though he at first found some difficulty in this science, yet he soon overcame and made himself complete master of it. The languages he learned as he had occasion for them: here again he was infinitely less indebted to formal instruction than to his own assiduity. He learned Latin at an early age; in his native language and French he has acquired extraordinary perfection; of Russian he made himself master so far as was necessary for him as a Russian general; English he learned later, but studied it with a diligence and perseverance that soon overcame all the difficulties of that language. As the prince learned from early youth to be economical of his time, he was also habituated to be frugal of his money: his tutor encouraged him to keep an account of his receipts and expences; he soon took upon himself the management of his money, and kept his accounts in the most regular manner. The poor never failed to share his bounty, and though he never contracted debts, he was far from penurious.

A letter from the Rev. Mr. Hoflender, dated Coburg, May 13, 1816, says:—”From 1797 to 1811 I was one of his tutors, and for near fourteen years I gave him instruction on every subject. In the first year I taught him biblical history, Christian morality, religion, and the history of Christianity. On the 12th of September, 1805, the prince was confirmed according to the custom of the Lutheran church, and partook for the first time of the Holy Communion. What I said on this occasion before a numerous assembly, in my discourse previous to the confirmation, on the moral and religious character of the prince, could not but tend to his commendation, as he always manifested the most serious attention to my instructions, and was not only thoroughly acquainted with the truths of our holy religion, but his heart was deeply penetrated by them.”