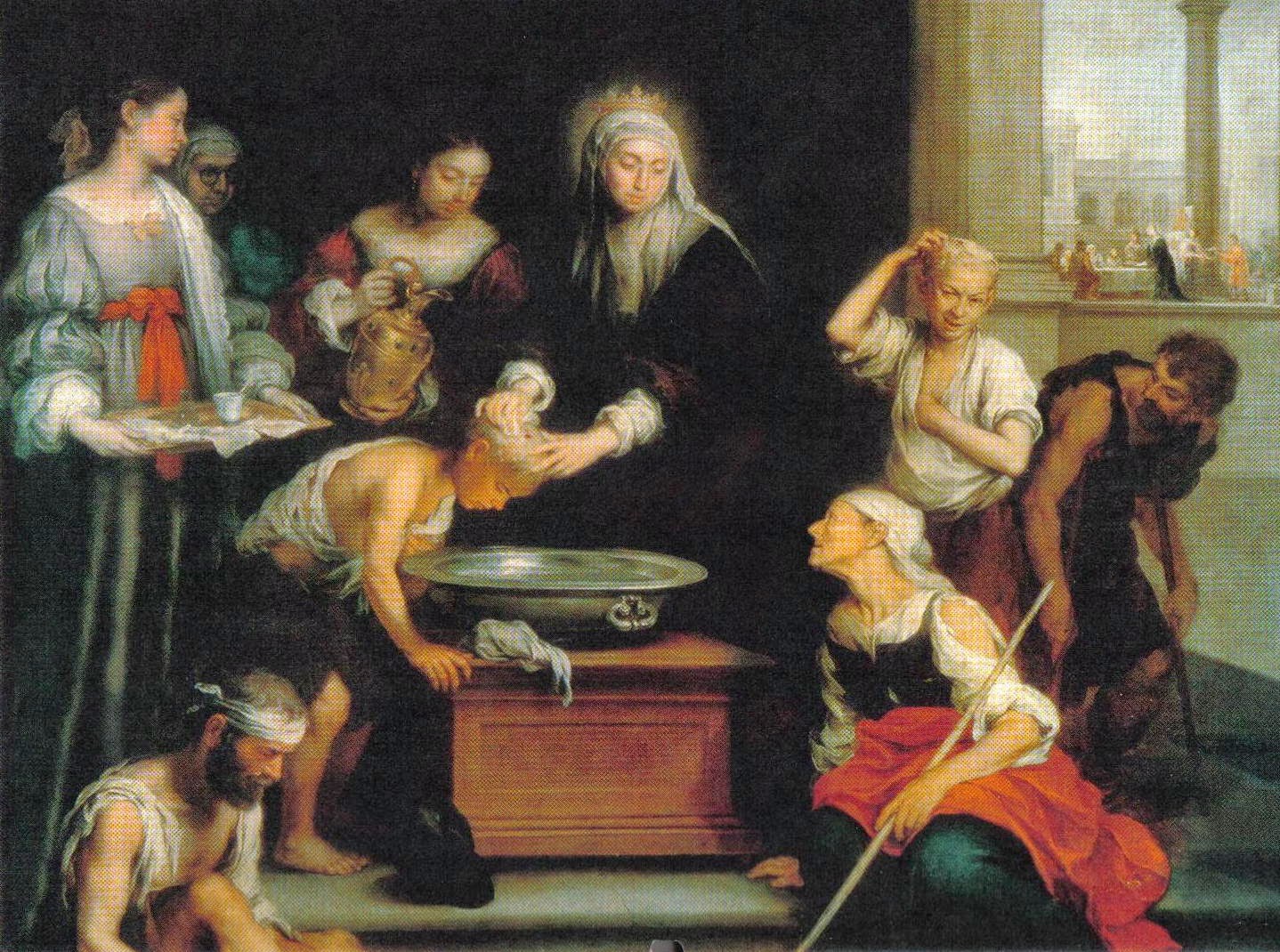 In Elizabeth of Hungary Tending the Sick, “we admire the composition of the work, but the subject rather repels than holds us. With the diadem of a queen upon her head, with the delicate hands of a gentlewoman, and from a costly basin St. Elizabeth bathes the scrofulous head of a beggar. Her ladies-in-waiting turn from the loathsome object of her care, while other patients await their turn. In the distance is the court feast that goes on joyously in the palace while Elizabeth, the mistress of the feast, serves the diseased beggars at the portal.” 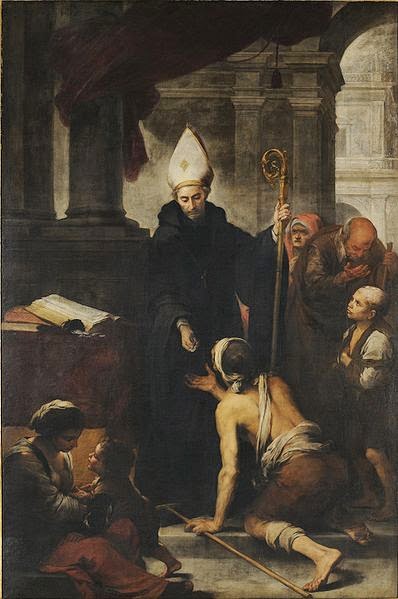 The St. Thomas Giving Alms “is rightly the companion of that other great charity picture, “St. Elizabeth.” The one represents the abnegation of self in woman’s way—she gives service. The other represents man’s way—he gives money. At the portal of the church stands the pale-faced, spiritual St. Thomas, dispensing his alms to beggars and cripples. In composition and drawing this is one of Murillo’s greatest works. We are interested to know that it was his own favorite among his pictures.”

Both Elizabeth and Thomas were famous for their generosity. But while Murrillo paints Elizabeth releiving the physical suffering of the poor and ill, Saint Thomas is depicted as giving a pittance to a sick man, thus keeping up the appearance of caring for the less unfortunate rather than helping eradicate the cause of their sorrows or relieve their symptoms. Murillo was lucky not to have aroused the wrath of the Inquisition with this harsh criticism of a much-loved figure of the Church.