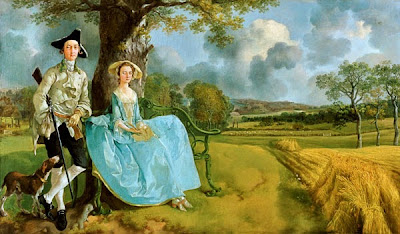 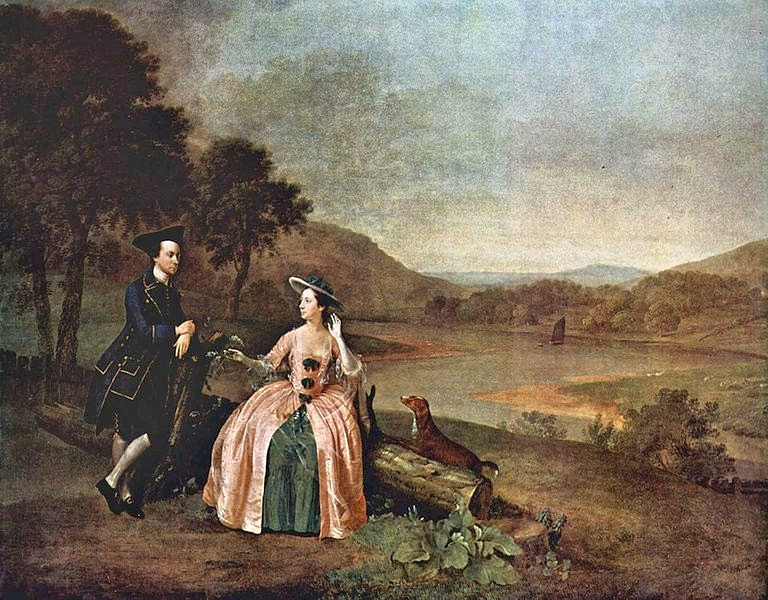 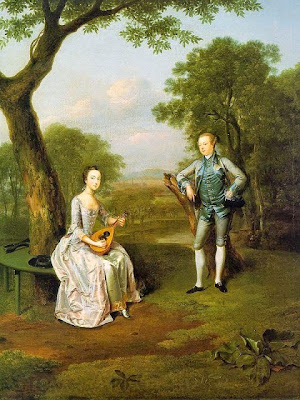 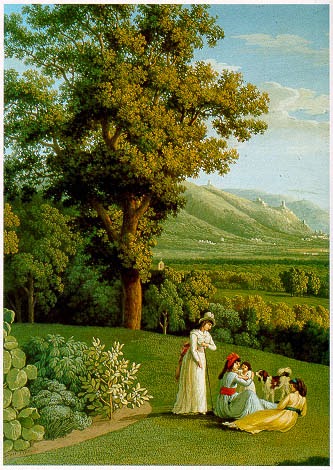 A detail of The English Garden In Caserta, by Jacob-Philippe Hackert 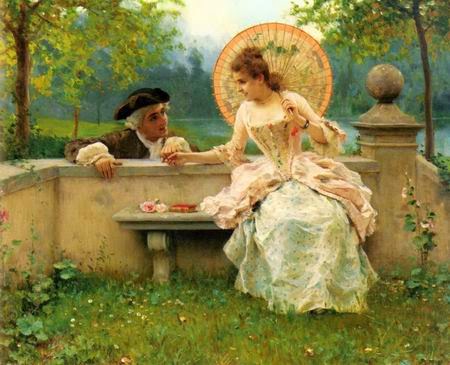 A Tender Moment In The Garden, by Federico Andreotti 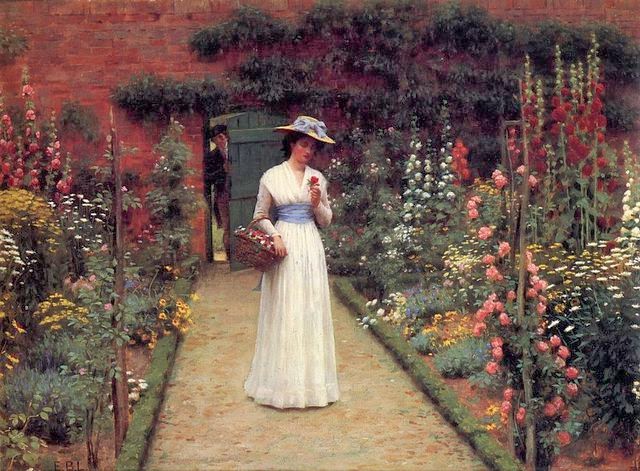 Lady in a Garden by Edmund Blair Leighton 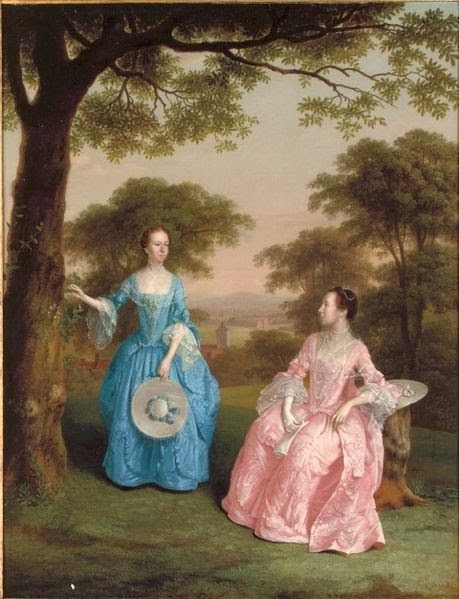 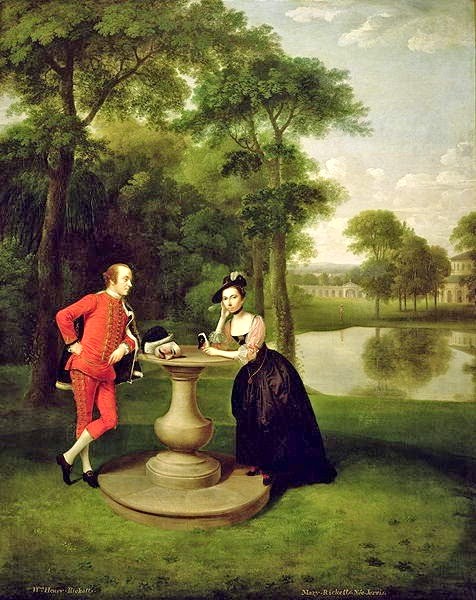 On the grounds of Ranelagh by Arthur Devis 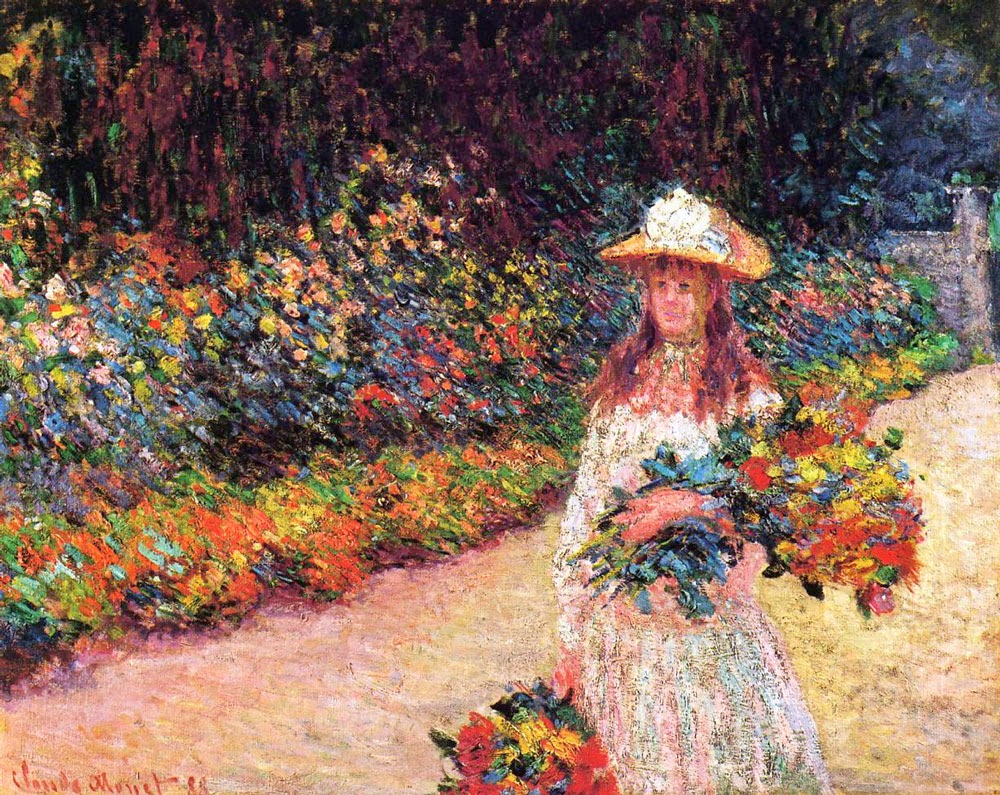 Young Girl In The Garden At Giverny by Claude Monet 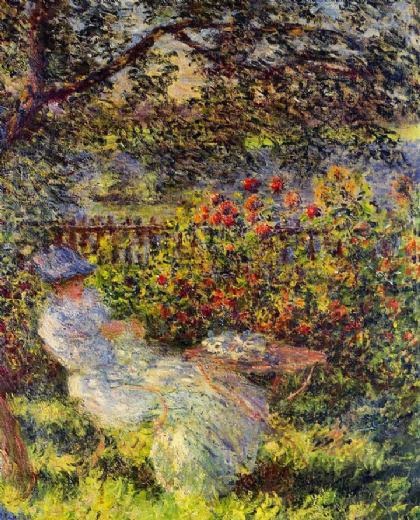 Alice Hoschede In The Garden by Claude Monet 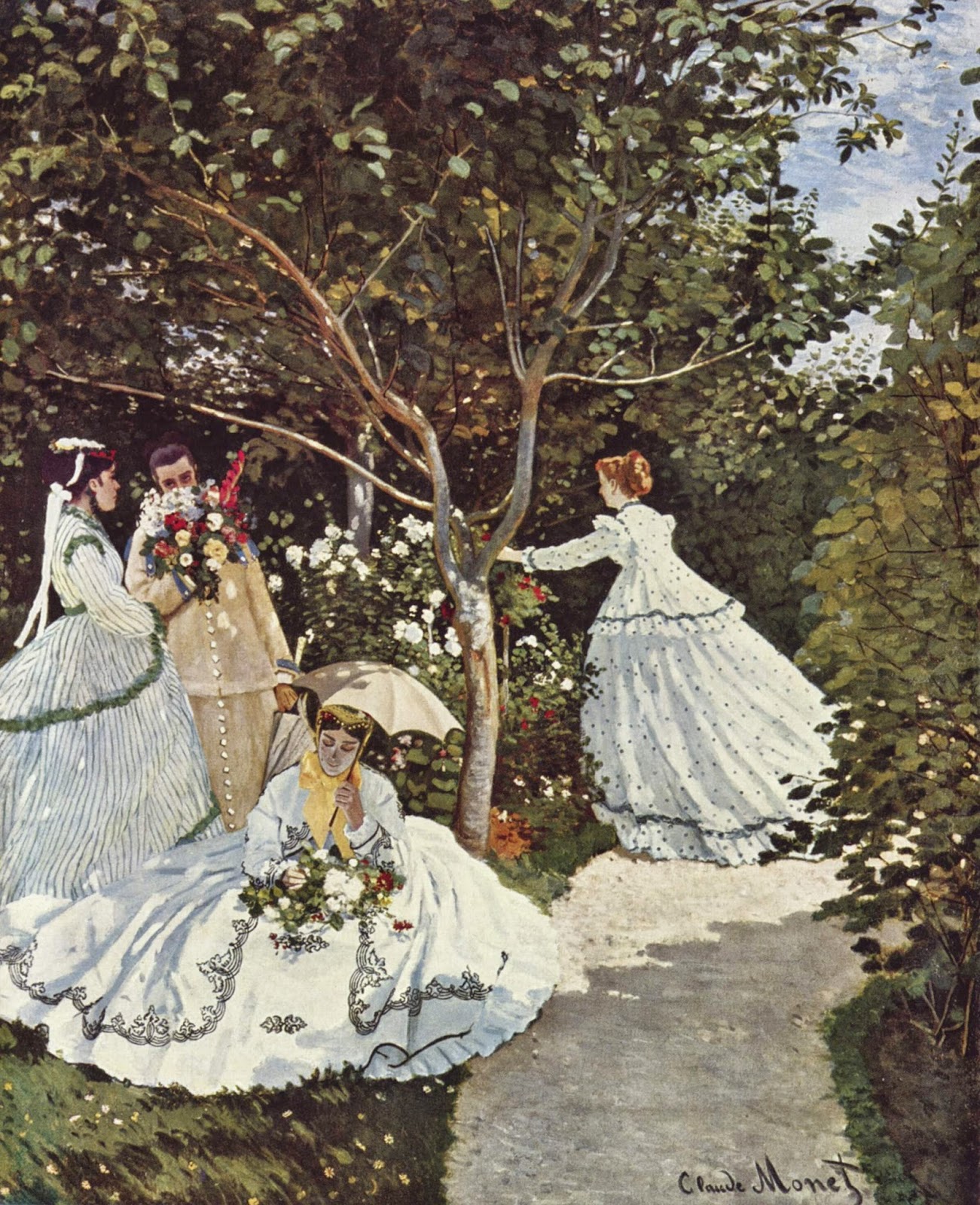 Women In The Garden by Claude Monet 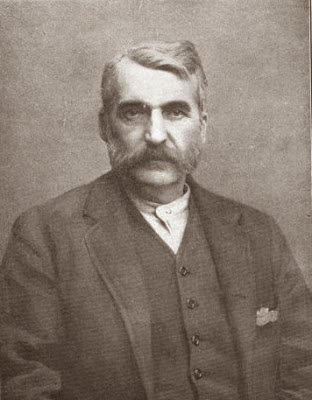 Author Evangeline Holland tells the story of Adam Worth and of his most famous theft. To quote:

For a large part of the late 19th century, one man confounded, outwitted, and bemused the police forces of multiple continents: Adam Worth (1844-1902). So difficult was it to catch him red-handed, so wily were his swindles, and so brazen were his thefts that Scotland Yard called him the “Napoleon of Crime.” His greatest and most famous theft of all was that of Gainsborough’s portrait of Georgiana, the Duchess of Devonshire in 1876. Worth, who was born to Jewish parents in Cambridge, Massachusetts, worked his way up from a bounty jumper during the Civil War (bounty jumpers were those who joined the Army and then deserted with their enlistment bounties), to bank robber, to gambling saloon owner, and finally to jewel and art thief. With his dapper good looks and excellent manners, Worth even managed to infiltrate English high society for a brief period–though of course he used his position to rob his esteemed and flattered aristocratic friends. 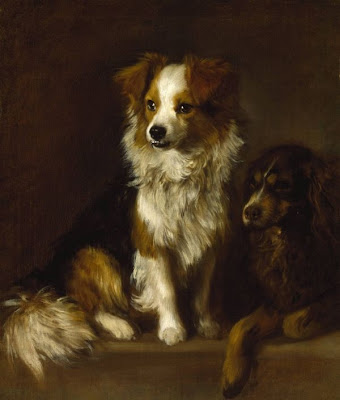 Thomas Gainsborough, the famous English painter, loved dogs and often included them in his paintings. Sometimes, they were even the main subject, like in this picture, above, titled Tristram and Fox. Tristram and Fox were two very special dogs: they were Gainsborough’s. After painting their portrait, the artist hung it in the place of honour in the house, over the chimney piece.

Gainsborough had a sense of humour and he showed it when naming the dogs. A staunch Tory, the painter named Fox after the Whig politician Charles James Fox. The slightly fox-like appearance of the dog may have had something to do with it as well. Tristram instead was named after the hero of the novel “The Life and Opinions of Tristram Shandy, Gentleman” by Laurence Sterne.

It is difficult to say which breeds the dogs belong to as modern breeds can look quite different from eighteenth century ones. By looking at the portrait, we may surmise that Fox, with its pointed ears and white frilled collar, belongs to a collie-like breed. Tristram instead is a spaniel.

The dogs didn’t just keep Gainsborough and his wife company, but would also help them make up whenever they rowed. In his biography of the artist, G.W. Fulcher writes: “Whenever he spoke crossly to his wife, a remarkably sweet-tempered woman, he would write a note of repentance, sign it with the name of his favorite dog, ‘Fox’, and address it to his Margaret’s pet spaniel, ‘Tristram’. Fox would take the note in his mouth and duly deliver it to Tristram. Margaret would then answer: ‘My own dear Fox, you are always loving and good, and I am a naughty little female ever to worry you as I too often do, so we will kiss and say no more about it; your own affectionate, Tris’.”