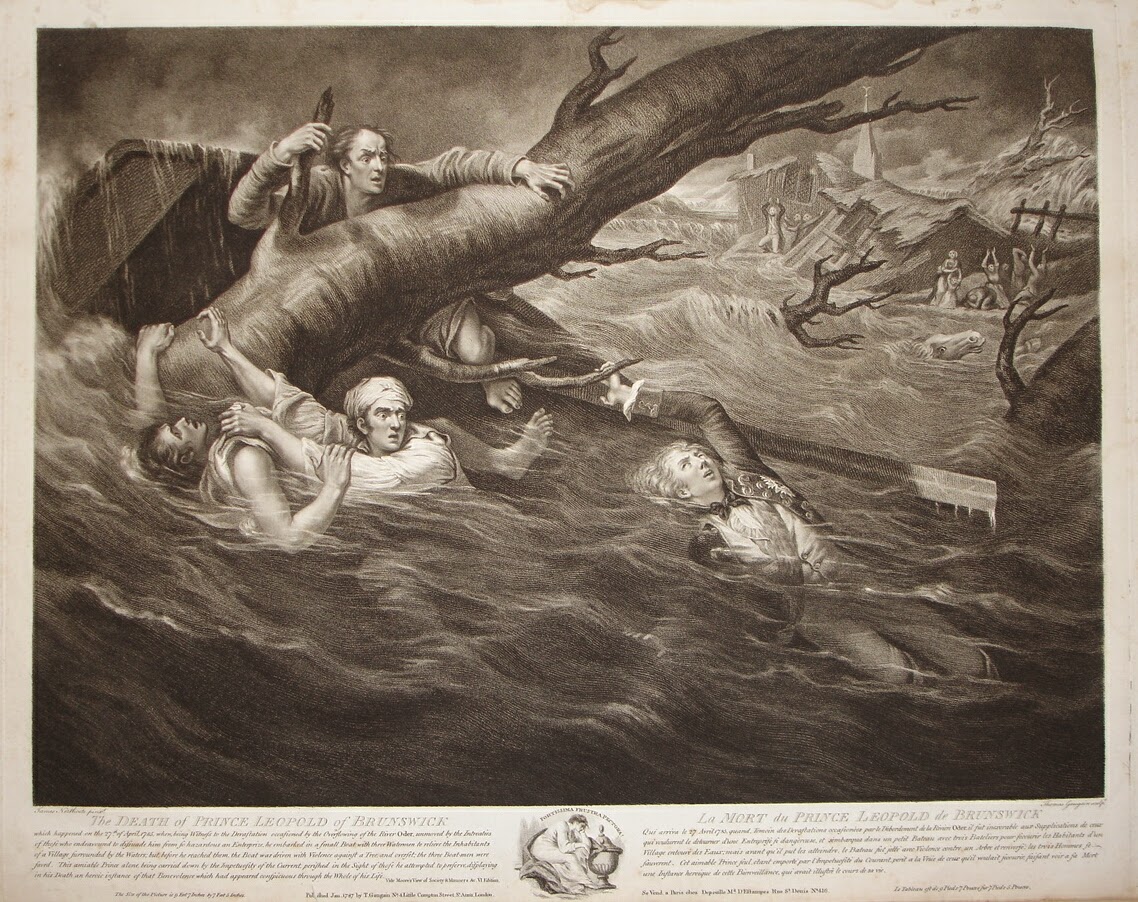 We have within these few days, experienced the greatest calamities by the overflowing of the Oder, which burst its banks in several places, and carried away horses, bridges, and every thing that opposed its course. Numbers of people have lost their lives in this rapid inundation; but of all the accidents arising from it, none is so generally lamented as the death of the good Prince Leopold of Brunswick; this amiable Prince standing at the side of the river, a woman-threw herself at his feet, beseeching him to give orders for some persons to go to the rescue of her Children whom, bewildered by the sudden danger, she had left behind her in the house: soldiers, who were also in the same place, were crying out for help.

The Duke endeavoured to procure a flat-bottomed boat, but no one could be found to venture across the river, even though the Duke offered large sums of money, and promised to share the danger. At last, moved by the cries of the unfortunate inhabitants of the suburb, and led by the sensibility of his own benevolent heart, he took the resolution of going to their assistance himself; those who were about him endeavoured to dissuade him from this hazardous enterprize, but touched to the foul by the distress of the miserable people, he replied in the following words, which so nobly picture his character: “What am I more than either you or they? I am man like yourselves, and nothing ought to be attended to here hut the voice of humanity”

Unshaken, therefore, in his resolution, he immediately embarked with three watermen in a small boat, and crossed the river; the boat did not want above three lengths of the bank, when it struck against a tree, and in an instant they all, together with the boat, disappeared. A few minutes after the Duke rose again and supported himself a short time by taking hold of a tree, but the violence of the current soon bore him down, and he never appeared more. The boatmen were every one saved, and the Duke alone became the victim of his own humanity. Had not the current been so rapid, he would no doubt have been saved, as he was a remarkable good swimmer.