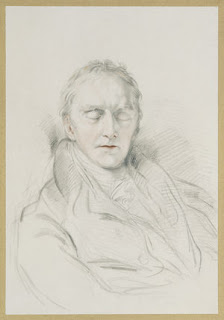 On 13 February 1818, Sir Richard Croft shot himself in the head. He died instantly. Croft, who left a wife, three sons and a daughter, had been a fashionable accoucheur and the year before had attended Princess Charlotte of Wales during her fatal confinement. After a 50-hours labour, the princess had given birth to a stillborn son, whom she had survived only for a few hours. Croft felt responsible for their deaths (he had prescribed a strict diet and frequents bloodlettings during the pregnancy, causing the princess to be quite weak when the moment to give birth arrived, and although correctly diagnosing a breech birth decided not to use forceps) and fell into a deep depression. He wasn’t the only one to blame himself. The English people did too. Princess Charlotte had been very much loved and they needed someone to blame for her untimely death.

Charlotte’ father, the Prince Regent, instead tried to reassure Croft, writing to him of his “entire confidence in the medical skill and ability which he displayed during the arduous and protracted labour”. But that didn’t seem to make Croft feel any better and eventually he committed suicide. Although some books, such as Charlotte & Leopold by James Chambers claim Croft had accidentally run across pistols at his patients house and decided to end his life straight away, the inquest report, published in The Times, makes it clear that the 57 year old physician had been planning his suicide for a day or two. For this purpose, he had been carrying around in his bag the pistols loaded with “slugs and small shot”.

According to the inquest report, Croft had been called to Miss Cotton’s house to attend to her sister, Mrs Thackeray, who had gone into labour. The physician attended his patient until about 11 o’clock pm. He was very tired by then and so Mrs Thackery’s relatives convinced him, not without difficulty, to retire to rest, but he said he would readily get up when it was time for his patient to give birth. At about 2 o’clock, Mr Thackeray, who had gone to bed too, heard a noise, “which he thought was like the falling of a chair”, but didn’t think anything of it and went to sleep again. An hour later he was awakened by a servant maid who told him his wife was ready to give birth.

He rushed down the stairs to call the doctor. He found the door ajar, went in and saw Croft. He was “lying on the bed on his back; he held a pistol in each hand: the muzzles of both were at either side of his head. They had been discharged.” He was dead. He hadn’t given any indication of what he was about to do, only remarking to Mr Thackeray, when he mentioned that he was agitated for the birth, “What is your agitation, compared to mine?”. Mrs. Thackeray was safely delivered. 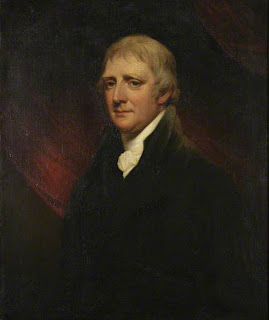 Mr. George Hollings, surgeon, of Green-street, Grosvenor-square, said at the inquest that Croft hadn’t been himself lately and was often in a melancholic mood: “He used to sigh very much, and his mind was so absorbed that he would not give answers to questions that were put to him: for the last ten days the deceased had been attending a patient who was in a dangerous state; and on witness conversing with him respecting her, deceased had thrown himself on the bed, and would violently strike his forehead as if his brain was very much agitated. He noticed him particularly on Tuesday night as he was attending a lady (a patient); he was so agitated that Dr. Warren asked him if he was ill? He answered in an incoherent manner, “No.””

Dr. Latham, a friend of the deceased, confirmed Croft had been very agitated in the months prior to his death. He seemed that, not only he felt guilty, but he had lost confidence in his abilities, exclaiming “that he would give 500 guineas it was over, rather than having to attend her”, when talking of a patient he fancied was in danger. However, she was delivered safely. He even refused cases: “On Tuesday last Sir Richard came for witness [Dr Latham], but he had left home. Sir Richard’s servant stopped him in the street, and requested, at his master’s desire, the witness would attend on another patient for him, who resided in Sloane-street. Witness repaired to Cadogan-place, Chelsea, and the family were much surprised that Sir Richard did not attend, when he had the case.” At half past four on Friday morning, Dr Latham had been called by Rev Dr Thackeray to go to his house where he found Croft dead.

The Times added: “At the conclusion of the evidence, the Coroner and Jury retired to take a view of the body of the deceased, which lay in an upper apartment, and was in a dreadful condition, the head being blown to pieces, and the deceased’s bed and bed-clothes being covered with blood; each hand grasped a pistol, which had been loaded with a slug and small shot; the contents entered at the temples. On a chair by the side of the bedstead on which the deceased lay were several of Shakespeare’s plays. The room was very small, and it appeared as if the deceased had been reading.

One of the play-books lay inside the fender, and was entitled “Love’s Labour Lost.”One of the jury took up the book and noticed to his brother jury-men that one of the characters used the following expressions in the page which lay open on the hearth: “Good God! where’s the Princess?” The jury remarked this as a singular coincidence, and returned to the jury-room, where the Coroner (Mr. Stirling) summed up the evidence, and the jury, after a short consultation, returned a verdict of – “Died by his own act, being at the time he committed it in a state of mental derangement.””