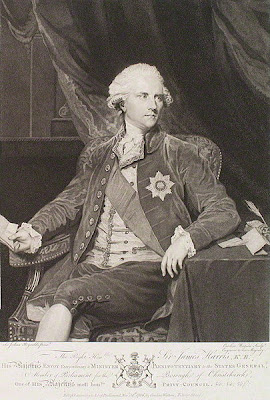 In the autumn of 1794, the Earl of Malmesbury was despatched to Brunswick to escort Princess Caroline, who was engaged to the Prince of Wales, the future George IV, to England. He completed his mission but, from his first meeting with the Princess, Malmesbury started to doubt she would be a suitable wife for the fastidious Prince of Wales, who was admired for his fashionable clothes and courtly manners.

Caroline was the opposite. She was coarse, didn’t take much care in her appearance and rarely washed herself. The Earl recalled that, when he met Caroline, her clothes were dishevelled, which suggested that not only she wasn’t helped in getting dressed, but she wasn’t even taught how to do so properly on her own. He wasn’t impressed, but what could he write in his report home? In the end, he settled for a general, matter-of-fact description: 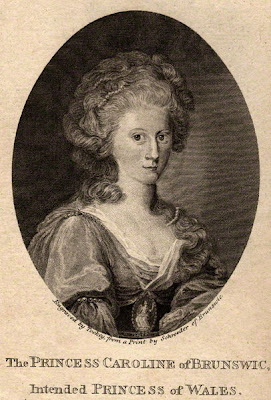 What about her personality? The Princess’s father told Malmesbury that his daughter was “no fool, but lacks judgement”. She also lacked discretion. She was very familiar with everyone and often said tactless things. She was even rumoured to have had several affairs. Malmebsury had to spend most of his time with her teaching her how a princess should behave, but she didn’t seem to have profited much from these lessons. However, Princess Caroline had courage. When, on their way to England, they passed closely to the French lines (Revolutionary France was at war with Europe at the time) and heard cannonfire, Caroline wasn’t scared.

But how could such a woman have been picked up as a wife for George, the Prince of Wales, especially when his mother and many other people at court preferred the other candidate, his cousin Princess Louise of Mecklenburg-Strelitz? It was Lady Jersey, George’s mistress, who influenced his choice in favour of Caroline, whom she knew wouldn’t be a threat to her. In the words of the Duke of Wellington, she chose a woman “of indelicate manners, indifferent character and not very inviting appearance, from a hope that disgust with a wife would secure constancy to a mistress.”

Of course the Prince of Wales wasn’t much of a catch himself. He was fat, ugly, indulged in drinking and gambling and spent way too much… but that’s a subject for another post. Here suffice it to say that the marriage never stood a chance from the start..