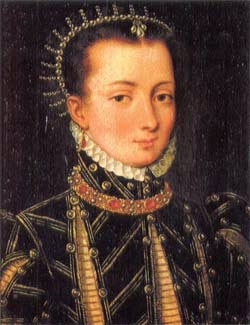 The Boleyns are one of the most fascinating and controversial families in English history. Anne evoked either feelings of admiration or hatred. Her father Thomas and her brother George are despised for pimping Anne (and Mary) to the king and reaping sumptuous rewards for it. Mary is treated more kindly and praised for following her heart and marrying for love. Even Jane, George’s wife, has acquired a great, albeit bad, fame for her role in the falls of two Queens, despite the fact we know almost nothing about her. But there’s one member of the Boleyn clan that has remained elusive throughout the centuries, inspiring little to no curiosity: Elizabeth Howard, Anne’s mother.

Born around 1480, Elizabeth Howard, who descended directly from King Edward II, was the eldest daughter of Thomas Howard, 2nd Duke of Norfolk, and his first wife, Elizabeth Tilney. Her family had fought on the wrong side at the Battle of Bosworth and had had their estates confiscated by the new king. Her father had to work hard to gain Henry VII’s favour but, eventually, in 1489, his estates were restored to him. Elizabeth then served in the household of the queen, Elizabeth of York, and, later, became a lady-in-waiting to Catherine of Aragon.

Rumours started circulating around the court that the beautiful Elizabeth had caught the new young king’s eye and started an affair with him, but they were dismissed by Henry VIII himself. Years later, when asked whether it was true that he had slept with his second wife’s sister and mother, the king replied “never with the mother”. Instead, at court, Elizabeth met her future husband, Thomas Boleyn, an intelligent and shrewd courtier who was doing very well for himself. The couple wed around 1498 and, in the first five years of their marriage, Elizabeth gave birth to five children. Only three survived infancy: Mary, Anne, and George.

We don’t know much about her life after her marriage. Although Thomas was often at court serving the King or sent abroad on some diplomatic mission, Elizabeth didn’t get a position in the royal household. Instead, she seema to have spent most of her time at home, visiting the court only on special occasions, such as the Field of the Cloth of Gold, and later, to chaperone her daughter Anne and protect her virtue while Henry was courting her. Some historians claim that mother and daughter were very close, but there really isn’t any proof confirming or denying this.

It is unlikely that Elizabeth was a hands on mother, though. Like most rich children of their time, Mary, Anne, and George had nurses and governesses, and later, the girls were sent abroad at the courts of France and the Netherlands. Of course that doesn’t mean that she was a bad mother or that her children didn’t love her. It seems, though, that she had a problematic relationship with Mary. According to historian M. L. Bruce, Elizabeth and Thomas had little affection for this daughter who had disgraced the family by having an affair with Henry VIII (and if rumours are to be believed with the French king too) and then later had married for love, and without her family’s permission, a man of lowly position. Mary had to write to Cromwell for financial help and, eventually, her family gave her a pension and permission to live in one of their estates.

When her daughter Anne married the King, Elizabeth remained part of her household. But the marriage didn’t last long. Three years later, Anne was accused of treason, adultery, and even incest with her brother George. It is unknown how Elizabeth felt, but she must have been devastated that her children were unjustly accused of such heinous crimes. Thomas tried to distance himself from the scandal and some historians have since speculated that this caused a breakdown in their marriage. Elizabeth retired from court life and died two years later, on 3 April 1538, at Abbot of Readings place, Baynard’s Castle. She was buried not in the Boleyn tomb at Hever with her husband, but in the Howard chapel at St Mary’s in Lambeth.

Further reading:
The Life and Death of Anne Boleyn by Eric Ives
The Mistresses of Henry VIII by Kelly Hart