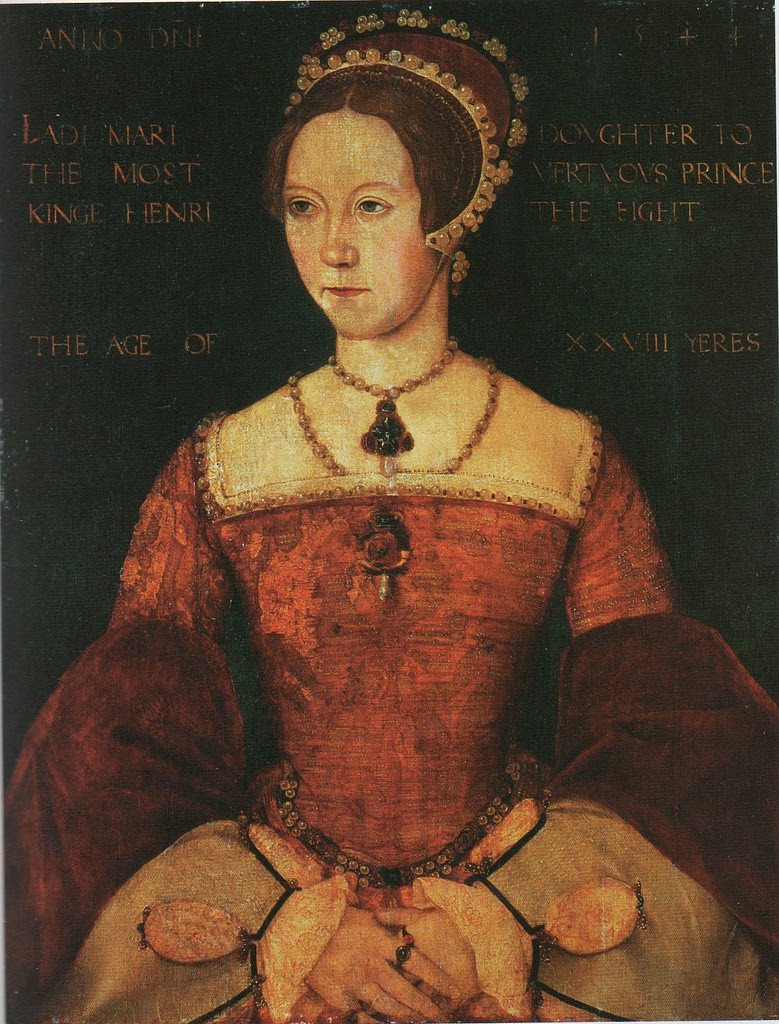 The Lady Mary, the only daughter of Henry VIII and Catherine of Aragon, had always blamed Anne Boleyn for her parents’ divorce and the subsequent ill-treatment she had received from her father. On 26th May 1536, a week’s after Anne’s execution, Mary wrote to Thomas Cromwell, asking him to intercede on her behalf with her father. Unfortunately, the letter is damaged, and not all of it is legible anymore. Here’s what survives:

I would have been a suitor to you before this time to have been a mean for me to the King’s Grace to have obtained his Grace’s blessing and favor; but I perceived that nobody durst speak for me as long as that woman lived, which is now gone; whom I pray our Lord of His great mercy to forgive.” Is now the bolder to write, desiring him for the love of God to be a suitor for her to the King, to have his blessing and leave to write to his Grace. Apologises for her evil writing; “for I have not done so much this two year and more, nor could not have found the means to do it at this time but by my lady Kingston’s being here.

But the letter didn’t work. Henry VIII would keep be mean to his daughter until she acknowledged, very reluctantly, that their parents’ marriage had never been valid.