In around 1785, Robert Dighton, an English caricaturist, print-seller and actor, produced 12 allegorical representations of The Months. Each plate depicts a woman wearing an outfit and doing an activity that is appropriate for the month she represents. Here they are. As always, click on the pictures to enlarge them. 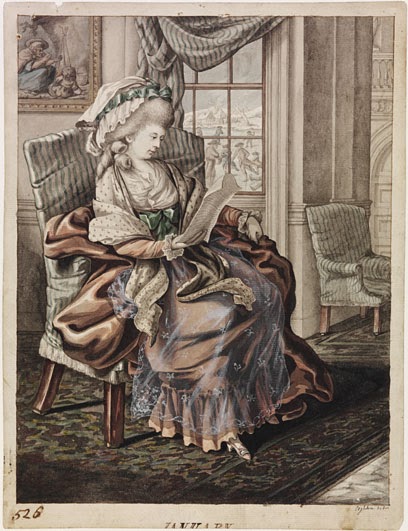 A woman, seated in a chair, reads a letter. It’s a very cold day. Outside, men are skating on a frozen lake. 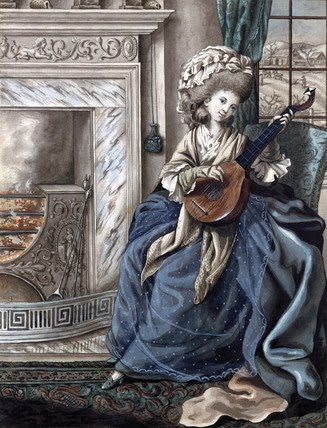 A woman is playing a lute in front of the fire to warm herself up. The weather hasn’t gotten any warmer. The landscape outside the window is covered in snow. 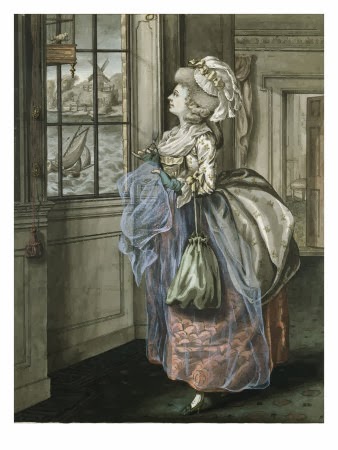 A woman, wearing a robe a la polonaise and sheer apron over a quilted petticoat, and holding pieces of fabric and scissors in her hands, is looking up towards a bird in a cage. The lake is not frozen anymore, but the waves are strong and dangerous. 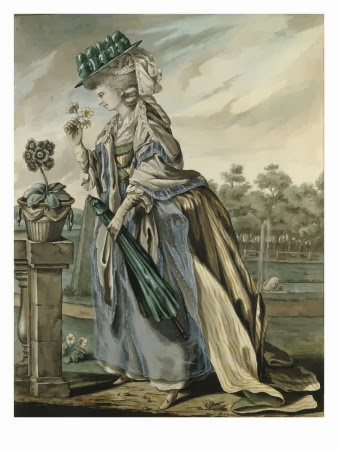 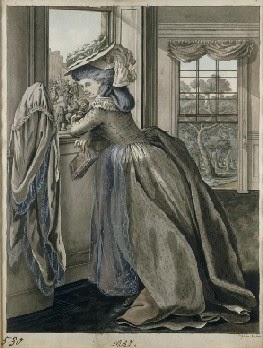 A woman, wearing a robe a l’anglaise and a sheer apron over a petticoat, and holding a book in her hand, is leaning upon her windowsill. Outside, people are dancing. 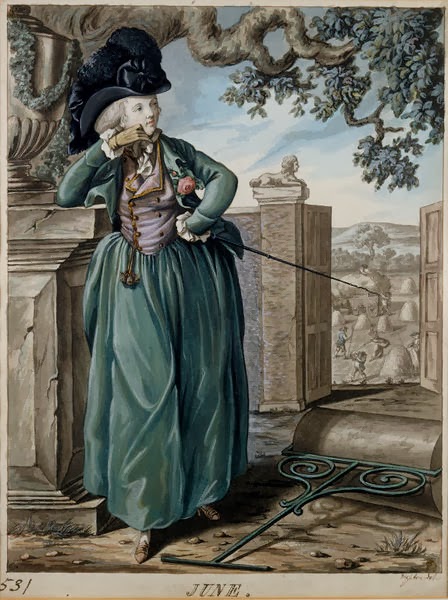 A woman, wearing a riding habit, leans against a pedestal with an urn in her garden. In the background, farmers are gathering hay. 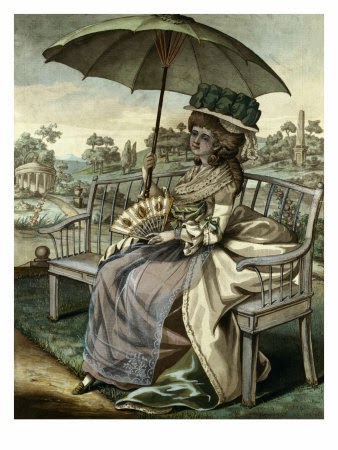 A woman sitting on a bench in her garden on a hot summer day. With one hand, she’s holding a parasol to protect her skin from the sun. In the other, she holds a fan. 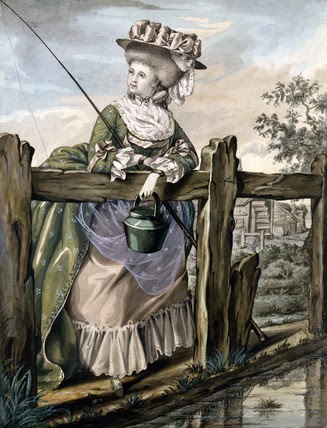 A woman is fishing. 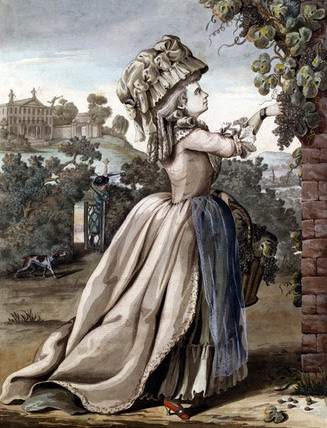 A woman, wearing a robe anglaise over a petticoat and a sheer muslin apron, is picking grapes from a wine. 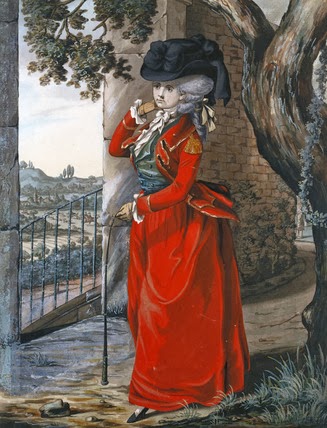 A woman, wearing a military-style riding habit, complete with fringed epaulettes and lapels, and a masculine cravat, is standing in her garden. In the background, men are hunting. 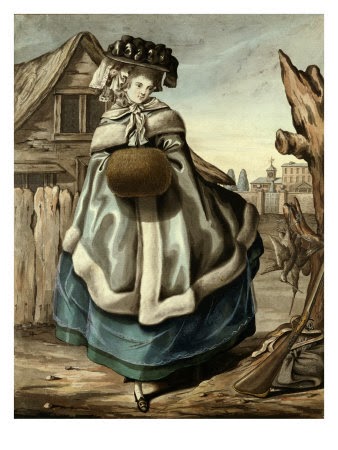 A woman with a muff is braving the cold outside. 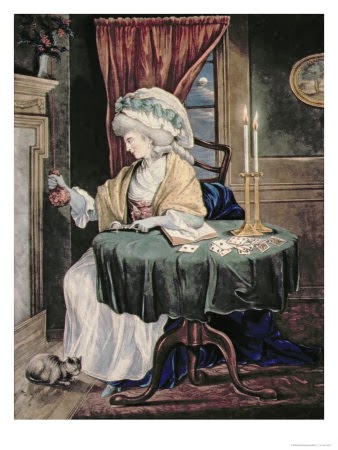 A woman, at whose feet a cat is sleeping, is sitting at a table beside a fireplace at night, and is about to call a servant. On the table, there are playing cards, books, and two candles, while on the mantlepiece is a vase with red berries and holly.

Do you like these prints? Which one is your favourite? Mine is August, and not just because it’s the month I was born in. I like it because it’s not that usual to see old pictures of women fishing. 🙂