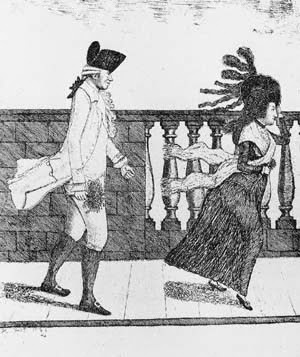 Dr James Graham was a pioneer in sex therapy, a medical entrepreneur, a quack and a brilliant showman. He was also very popular, and the rich and famous of his time flocked to his practice.

Graham, the son of a saddler, was born in Edinburgh in 1746. There, he went to medical school, but quit before graduating. Of course, that didn’t stop him from calling himself a doctor. He set up as an apothecary in Doncaster, Yorkshire, and in 1764 he married Mary Pickering. In 1770, he moved to the America colonies, where he learned about Benjamin Franklin’s electrical experiments, becoming convinced that electricity was the cure for every illness. He also opened, after travelling thorough the country as an oculist, a practice in Philadelphia. 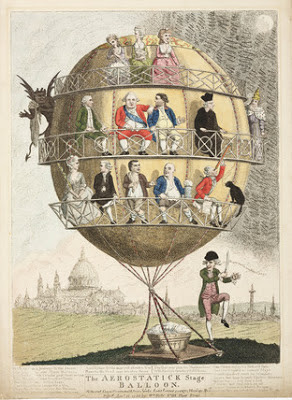 In 1775, Graham went back to London, where he started a medical practice, employing the use of electricity for his cures. Soon, he began to attract a rich clientèle (he treated Horace Walpole for gout) and, in 1780, he was able to open his opulent and infamous Temple Of Health. The place was magnificent: the rooms were elaborately furnished, and the air filled with music and perfume. The “Goddesses of Health”, Graham’s beautiful and young assistants draped in skimpy classical outfits, would pose among the statues. It is rumoured that Emma Hamilton worked there, but some of her biographers refute the claim as a myth.

Entrance cost a crown and some ladies, in particular those who went to see the doctor for infertility problems, were given a mask so that their identity would remain secret. Once inside, the guests would listen to the doctor’s lectures, buy medicine or inspect the “medico-electrical apparatus” Graham used on his patients. His treatment usually consisted of delivering sharp electric jolts through severals thrones, seats and crowns. Among his patients were Georgiana, Duchess of Devonshire, her mother, Lady Spencer (who seems to have lost confidence in the doctor pretty quickly), Charles James Fox, the Duke of Richmond, but also courtesans such as Mary Robinson (“Perdita”) and Elizabeth Armistead. 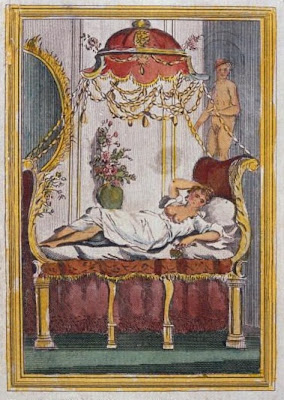 The Celestial Bed, and the Goddess of Health

In 1781, Dr Graham opened the Temple Of Hymen in Pall Mall. Its “highlight” was the Celestial Bed, which Graham had begun to devise while in America. It was an electro-magnetic bed, adorned with gilded dragons and had a mirror on its canopy. The mattress, was filled with hair from the horses of English stallions, as well as “sweet new wheat or oat straw, mingled with balm, rose leaves, and lavender flowers”. The bed was also inscribed with the words (in Latin) “Be fruitful, multiply and replenish the earth!” and featured a tilting inner-frame that allowed it to lay at various angles so that lovers could more easily put themselves in the best positions for conceiving.

Wealthy and aristocratic couples striving to conceive, such as the Duke and Duchess of Devonshire (but to no avail in their case), would pay £50 (about £3000 in today’s money!) to make love in this bed, while electricity was pumped across the headboard of the bed, filling the air with a “magnetic fluid” that was supposed to “give the necessary degree of strength and exertion to the nerves”. In the meantime, music, stemming from the organ pipes set off by the couple’s movements, played in the background. All of this was supposed to increase the lovers’ ardor. And, of course, they were also encouraged to buy Graham’s patented elixir, which cost one guinea a bottle, to raise their chances of getting pregnant. This temple too attracted celebrities, including those who had no infertility problems, such as George, The Prince of Wales. They simply went because it was fashionable to do so. 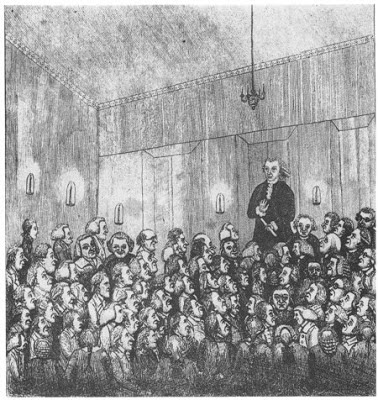 Graham gave various lectures on sex, seeing it as a patriotic act, and procreation, which he regarded as a national duty. He recommended washing the genital organs with cold water in order to enjoy good sexual health, while he advised against masturbation. He also castigated prostitution. Not everyone was a fan of Graham, though. Caricaturist James Gillray and papers like The Morning Herald launched campaigns denouncing him as a quack. This, together with his extravagant spending, bankrupted him. He was forced to vacate the Temple of Health, and sell his possessions and move to Edinburgh. Here, he gave up electricity and started promoting earth-bathing. He claimed that by bathing in mud the body could absorb all the nutrients necessary to life, and thus, live forever! It seems the doctor himself had lived for two weeks in a mud bath, drinking only a few drops of water. Or so he said anyway.

Graham was seized by religious fervor and founded the New Jerusalem Church in Lochend’s Close in Edinburgh’s Old Town. He signed letters “Servant of the Lord, O.W.L.” (which stood for Oh, Wonderful Love), and, while walking down the street, he would take off his clothes to give them to the poor. It may have been a noble intent, but was one that got him arrested too. It was probably because of this bizarre behaviour that Graham remained the only member of his new church. He still continued with his medical experiments too, and towards the end of his life, he would try prolonged fasting as a way to live longer. Dr James Graham died suddenly at his home in Edinburgh on 24 December 1794.