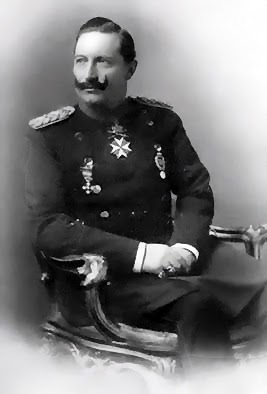 In 1938, ex-Kaiser Wilhelm gave an interview in which he revealed what he really thought of Hitler:

“There is a man alone, without family, without children, without God….He builds legions but he doesn’t build a nation. A nation is created by families, a religion, tradition: it is made up out of the hearts of mothers, the wisdom of fathers, the joy and the exuberance of children.

[Germany under Hitler is]….an all-swallowing State, disdainful of human dignities and the ancient structure of our race, sets itself up in place of everything else. And the man who, alone, incorporates in himself this whole State, has neither a God to honour nor a dynasty to conserve, nor a past to consult….

For a few months I was inclined to believe in National Socialism. I thought of it as a necessary fever. And I was gratified to see that there were, associated with it for a time, some of the wisest and most outstanding Germans. But these, one by one, he has got rid of or even killed….He has left nothing but a bunch of shirted gangsters….

This man could bring home victories to our people each year without bringing them…glory….But of our Germany, which was a nation of poets and musicians and artists and soldiers, he has made a nation of hysterics and hermits, engulfed in a mob and led by a thousand liars or fanatics….”

Further reading:
Lost In The Myths Of History