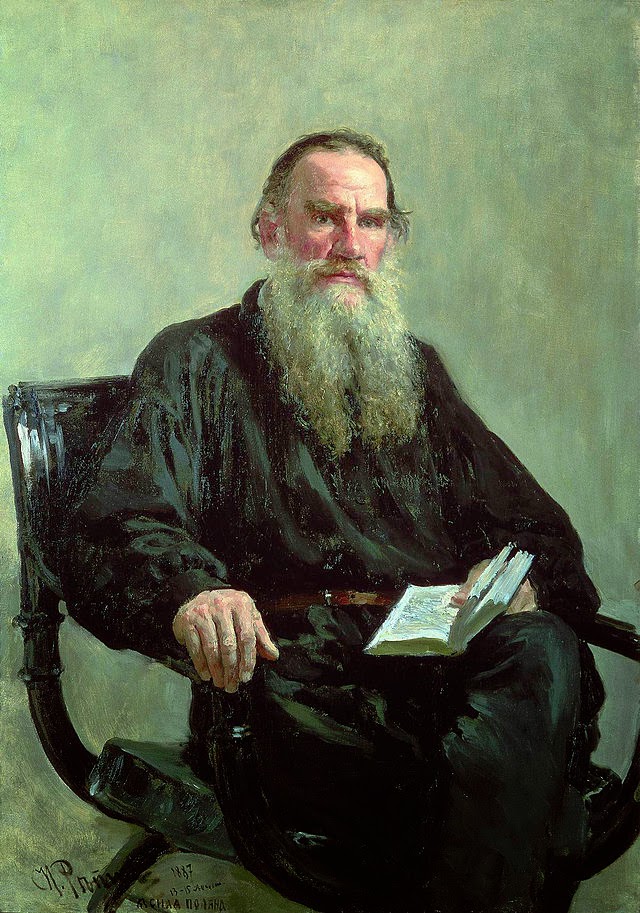 I Remember my father writing his alphabet and reading-book in 1871 and 1872, but I cannot at all remember his beginning “Anna Karenina.” I probably knew nothing about it at the time. What did it matter to a boy of seven what his father was writing? It was only later, when one kept hearing the name again and again, and bundles of proofs kept arriving, and were sent off almost every day, that I understood that “Anna Karenina” was the name of the novel on which my father and mother were both at work.

My mother’s work seemed much harder than my father’s, because we actually saw her at it, and she worked much longer hours than he did. She used to sit in the sitting-room off the zala, at her little writing-table, and spend all her free time writing. Leaning over the manuscript and trying to decipher my father’s scrawl with her short-sighted eyes, she used to spend whole evenings over it, and often sat up late at night after everybody else had gone to bed. Sometimes, when anything was written quite illegibly, she would go to my father’s study and ask him what it meant. But this was very rare, because my mother did not like to disturb him.

When it happened, my father used to take the manuscript in his hand, and ask with some annoyance, “What on earth is the difficulty?” and would begin to read it out aloud. When he came to the difficult place he would mumble and hesitate, and sometimes had the greatest difficulty in making out, or, rather, in guessing, what he had written. He had a very bad handwriting, and a terrible habit of writing in whole sentences between the lines, or in the corners of the page, or sometimes right across it. My mother often discovered gross grammatical errors, and pointed them out to my father, and corrected them.

When “Anna Karenina” began to come out in the “Russky Vyestnik,” 10 long galley-proofs were posted to my father, and he looked them through and corrected them. At first the margins would be marked with the ordinary typographical signs, letters omitted, marks of punctuation, etc.; then individual words would be changed, and then whole sentences, till in the end the proof-sheet would be reduced to a mass of patches quite black in places, and it was quite impossible to send it back as it stood, because no one but my mother could make head or tail of the tangle of conventional signs, transpositions, and erasures.

My mother would sit up all night copying the whole thing out afresh. In the morning there would lie the pages on her table, neatly piled together, covered all over with her fine, clear handwriting, and everything ready so that when “Lyovotchka” got up he could send the proof-sheets off by post. My father carried them off to his study to have “just one last look,” and by the evening it would be just as bad again, the whole thing having been rewritten and messed up.

“Sonya my dear, I am very sorry, but I’ve spoiled all your work again; I promise I won’t do it any more,” he would say, showing her the passages he had inked over with a guilty air. “We’ll send them off to-morrow without fail.” But this to-morrow was often put off day by day for weeks or months together. “There’s just one bit I want to look through again,” my father would say; but he would get carried away and recast the whole thing afresh. There were even occasions when, after posting the proofs, he would remember some particular words next day, and correct them by telegraph. Several times, in consequence of these rewritings, the printing of the novel in the “Russky Vyestnik” was interrupted, and sometimes it did not come out for months together.

In the last part of “Anna Karenina” my father, in describing the end of VRONSKY’S career, showed his disapproval of the volunteer movement and the Panslavonic committees, and this led to a quarrel with Katkof. I can remember how angry my father was when Katkof refused to print those chapters as they stood, and asked him either to leave out part of them or to soften them down, and finally returned the manuscript, and printed a short note in his paper to say that after the death of the heroine the novel was strictly speaking at an end; but that the author had added an epilogue of two printed sheets, in which he related such and such facts, and he would very likely “develop these chapters for the separate edition of his novel.”

In concluding, I wish to say a few words about my father’s own opinion of “Anna Karenina.” In 1875 he wrote to N. N. Strakhof: “I must confess that I was delighted by the success of the last piece of ‘Anna Karenina.’ I had by no means expected it, and to tell you the truth, I am surprised that people are so pleased with such ordinary and EMPTY stuff.”

The same year he wrote to Fet: “It is two months since I have defiled my hands with ink or my heart with thoughts. But now I am setting to work again on my TEDIOUS, VULGAR ‘ANNA KARENINA,’ with only one wish, to clear it out of the way as soon as possible and give myself leisure for other occupations, but not schoolmastering, which I am fond of, but wish to give up; it takes up too much time.”

In 1878, when the novel was nearing its end, he wrote again to Strakhof: “I am frightened by the feeling that I am getting into my summer mood again. I LOATHE what I have written. The proof-sheets for the April number [of “Anna Karenina” in the “Russky Vyestnik”] now lie on my table, and I am afraid that I have not the heart to correct them. EVERYTHING in them is BEASTLY, and the whole thing ought to be rewritten,—all that has been printed, too,—scrapped and melted down, thrown away, renounced. I ought to say, ‘I am sorry; I will not do it any more,’ and try to write something fresh instead of all this incoherent, neither-fish-nor-flesh-nor-fowlish stuff.”

That was how my father felt toward his novel while he was writing it. Afterward I often heard him say much harsher things about it. “What difficulty is there in writing about how an officer fell in love with a married woman?” he used to say. “There’s no difficulty in it, and above all no good in it.” I am quite convinced that if my father could have done so, he long ago would have destroyed this novel, which he never liked and always wanted to disown.